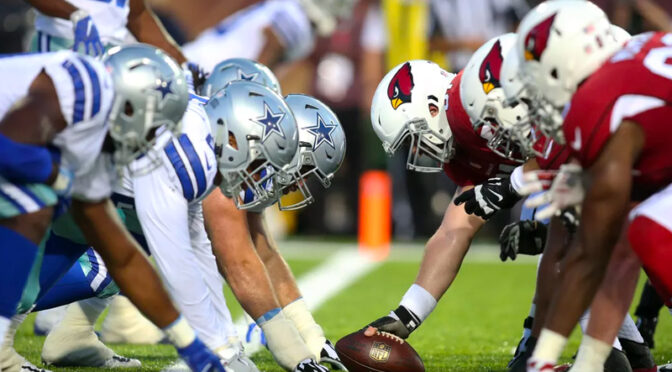 Before we begin let me put this out there in plain terms: the Dallas Cowboys being underdogs to the Arizona Cardinals (at home!!) is one of the most disrespectful betting lines I have seen in my lifetime. Not only is it disrespectful to a franchise that has one of the best RBs in the league, 3 WRs that could each be WR1 on a large list of NFL teams, and a head-coach that is a career 61% winner, but to a QB who is a couple years removed from leading his team to 4 consecutive 10+ win seasons before the franchise – and most importantly its offensive-line – disintegrated around him.

Yes, Dak is obviously the better quarterback and the Cowboys’ spread should take a hit based on his absence, but to go from a projected -3/-4 favourite to a +2.5 point dog is, in my opinion, much too steep of a move when considering Dallas has a top 2 or 3 backup QB (depending on where you slot Jacoby Brissett) going against a defense has given up a higher average QB rating than 18 other teams even while facing Washington, Carolina, and the NY Jets as their last 3 opponents.

Even without a more detailed breakdown of Dallas’ exceptional offense – which has managed to put up the 3rd most points per game so far this season, the 3rd highest yards per play, and the single highest passing yards per game ranking (by a looooong mile) – this game presents the ideal opportunity to use the classic buy low/sell high strategy, with the entire world having watched Dak’s horrific exit in real time and the Cardinals riding an arguably masked 3-2 record made to look better than it is thanks to a soft schedule.

Now, that’s not to say the Cowboys are a ‘lock’ in this one as no such thing exists in sports (okay maybe besides the Conor McGregor vs Floyd Mayweather fight). Their defense has admittedly been horrific so far and their offensive line somewhat underwhelming, so if Arizona can control the clock and get some pressure on Dalton, we could see a potentially dispirited Dallas team fold in on itself and give away yet another game that should be a relatively easy win as they’ve been known to do over the past couple of seasons. But barring that, it’s hard to imagine a better scenario to back a home dog than this one, particularly when teasing the betting line as part of a two-team teaser.