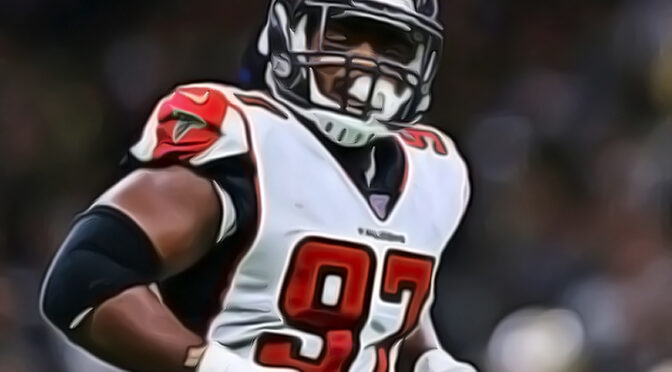 Last week I spoke about one of the most popular season-win total bets in the NFL and today I want to look at another that would have been just as popular a couple seasons ago but now sits as more an under the radar type of bet: the Atlanta Falcons over 7.5 wins (-115 odds).

With the combination of Matt Ryan, Julio Jones, and Calvin Ridley leading the Falcons to the 5th highest yards-per-game average in the NFL last season, Atlanta’s most pressing need was improving a defense that allowed the 10th most points per game, particularly with a man named Tom Brady en route to the division. And while it wasn’t a blow-me-away type off-season for the defensive side of the ball, Atlanta did make a few solid additions by signing key free agent Dante Fowler Jr while spending their first two draft picks on CB A.J. Terrell and DT Marlon Davidson, the latter of which has the potential to pay huge dividends not only this upcoming season but for years to come.

Additionally, the Falcons made some headlines after cutting former Pro-Bowler Devonta Freeman and signing former league MVP candidate Todd Gurley. And while Gurley is nowhere near the player he used to be before the injuries, reports are that he’s looking healthier than he’s had in quite some time, so if he can reclaim even a little bit of the combination of elusiveness and power that once made him so deadly, he should be a perfect compliment to Atlanta’s aerial assault, particularly as an above-average pass-catching RB. Finally, the Falcons added some former first-round potential to an already potent passing game by signing TE Hayden Hurst and WR Laquon Treadwell who will have the chance to make an immediate impact playing alongside two WRs who garner so much defensive attention.

It’s going to take a lot of individual pieces finding a way to fit together nicely, particularly in a division that now features Tom Brady, Drew Brees and Teddy Bridgewater, but if the Falcons’ defense can do enough to keep Atlanta in games (or at the very least not completely knock them out of them), I believe Matt Ryan – who I wouldn’t be surprised to see put up career numbers this season – will find a way to outdo the 7-9 record he’s led them to for the past two seasons and get ‘over’ bettors paid.