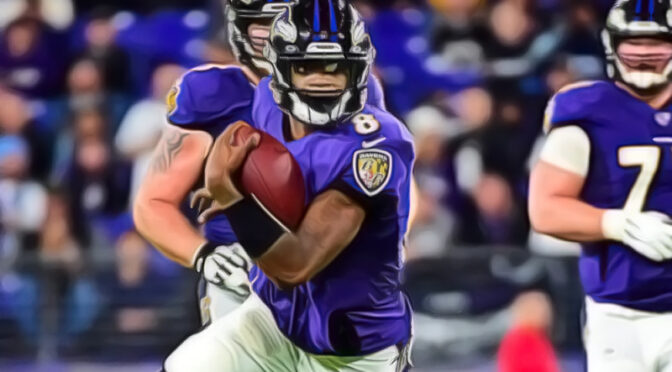 Yesterday I spoke about a somewhat under-the-radar season win total that I think has strong value to the over and today I want to look at perhaps the least under-the-radar total in the NFL: the Baltimore Ravens over/under 11.5 wins.

If you thought the Ravens’ path to the playoffs couldn’t get much easier than it was last season after they coasted to a 14-2 record while putting up by far the most points in the league, giving up the 3rd fewest, and covering the spread by a league-leading 8.1 points think again because coming up this season they’ll be playing the single softest schedule in the league with their opponents having combined for a putrid 112-144 record in 2019. And if that’s not enough to convince you that the rich do really get richer, the Ravens will not only be returning 18 of 22 starters from last season, but have had one of the better off-seasons in the NFL, revamping the defensive line by acquiring Calais Campbell and Derek Wolfe while having a spectacular draft in which they nabbed potential defensive rookie of the year candidate Patrick Queen while outright stealing defensive tackle Justin Madubuike after he fell much too far down the ladder. Additionally, the Ravens made a fantastic value pick in speedy wide receiver Devin Duvernay who should be benefit greatly from the spacing Lamar Jackson’s legs forces defenses into it.

Speaking of Jackson, you have to imagine the sour taste from last season’s loss to the Titans – as well as all the ‘Big Truss’ memes – has burned a hole right through his mouth over the past 4 months and made him motivated to come back bigger and badder than ever. And with 6 division games on tap against the Browns, Bengals, and Steelers, and 4 more against the Redskins, Giants, Jaguars, and Hopkins-less Texans, I see no reason Baltimore can’t win a couple of their closer matchups against the Colts, Patriots, Eagles, Chiefs, Titans and Cowboys and coast to a relatively easy cover of the ‘over 11.5 wins’ betting line.