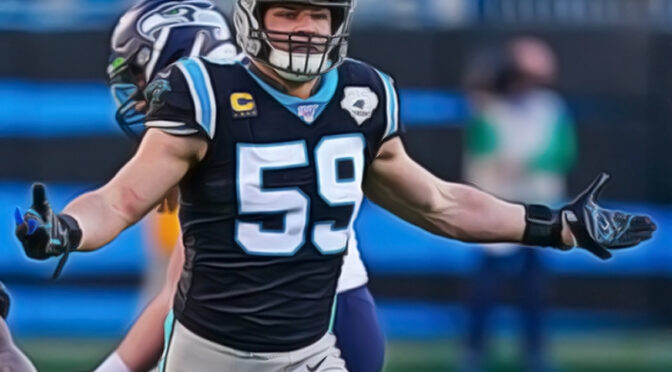 Although we still have no idea when – or even if – the 2020 NFL season will get underway thanks to the COVID-19 pandemic continuing to wreak havoc in the US and abroad, that hasn’t stopped NFL bookmakers from releasing futures and season win-total lines to, at the very least, give football bettors something to dream about. So with the NFL Draft now behind us and a number of the marquee players already getting settled into new uniforms, let’s look ahead to better times when tailgate parties are back on tap and the betting-lines are filled with excitement, beginning with one of my favorite bets on the board: the Carolina Panthers’ season win total (+/- 5.5 wins).

As they closed out the 2019 season, the biggest questions the Panthers had to address were would Cam Newton be back in Carolina and, if not, who would be under center come week 1 of the 2020 season. Turns out the Panthers wasted no time giving us answers by moving on from Newton and signing one of last season’s feel-good stories Teddy Bridgewater to a 3-year 63 million dollar deal with $33 million of it guaranteed.

Carolina then went out and became one of the biggest winners of the NFL Draft by focusing entirely on the defensive side of the ball and picking up some gems in DT Derrick Brown to anchor the middle, well respected pass rusher Yetur Gross-Matos, and safety Jeremy Chinn among their nine total picks. Additionally, the Panthers got one of the steals of the early free-agency market by signing former NY Jets standout receiver Robbie Anderson and his 11 career touchdowns of 30 yards or more, third-most in the league over the past 3 seasons, giving them a perfect compliment to their already speedy WR core and backfield STUD Christian McCaffrey. And as if that wasn’t enough, Carolina will be playing only the 19th toughest strength of schedule in the NFL, with their opponents putting up a pedestrian 127-127-2 record during the 2019 season.

So while it’s true that the Panthers will be led by an inexperienced coach making his NFL debut for a team that went just 5-11 last season, it’s hard to look at the roster improvements and not imagine them being able to outperform 2019 by just one game, which is all it would take to cover the over/under win total of 5.5 games.