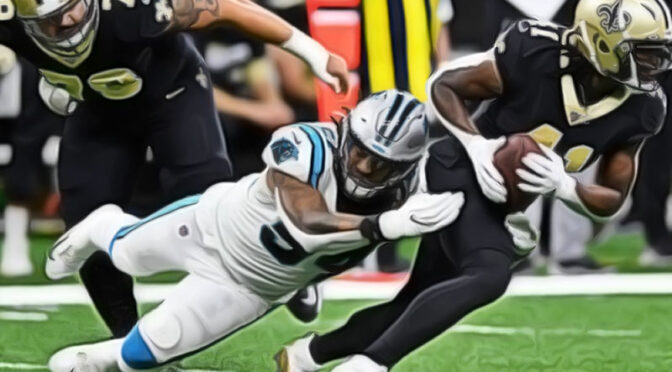 In a classic game of value vs the public, the Carolina Panthers will be heading into the Superdome to face off against Drew Brees and the Saints. With the way the Saints have played so far, putting up wins against the Patriots, Bucs, Broncos, Falcons, Eagles, and Giants over the past week, I expect SIMS fans to be heavily invested in their success in this one as well. Were we talking about real-life sports as opposed to a computer simulation, this situation – where the public is nearly guaranteed to be riding favourite – is one that often makes astute bettors salivate in anticipation of the “free” value (aka added points on the spread) that books are forced to offer on the underdog to avoid ending up with too big of a liability on the chalk.

And although it’s pretty close to impossible to gauge whether there’s enough action being bet on SIMS games to induce similar movement, theoretically speaking, this is the exact scenario we find ourselves in today with the Panthers having made only one appearance on the game-board so far, taking down an Atlanta Falcons team that is better virtually than they were irl last season. And with the books offering one of football’s key number on the Carolina spread (+10), I’m willing to take a bit of a gamble on the under-the radar team in the hopes that theory meets practice on the virtual field as well.