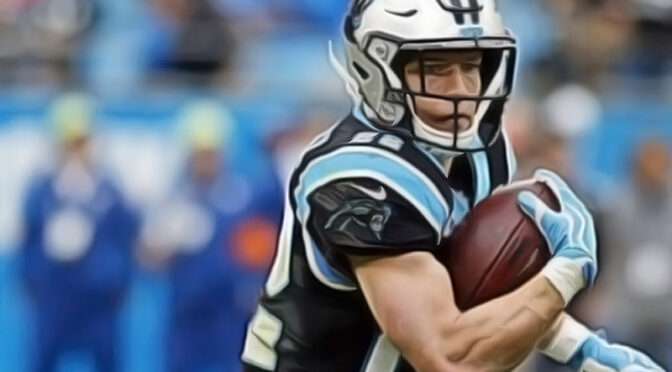 Last week I spoke about backing the champs in week one and today I’d like to talk about doing the same for one of my favourite under-the-radar picks of 2020: the Carolina Panthers.

After throwing in the towel on the Cam Newton era (only to have the best value-hunting franchise in sports scoop him up), Carolina made some aggressive off-season moves, indicating a compete-now mentality as we head into what will surely be the most unique season in league history.

With newly-signed QB Teddy Bridgewater and WR Robbie Anderson in tow, the Panthers will open the 2020 season against a defense that gave up the highest number of yards per pass attempt in 2019. And although the Raiders spent both a first and fourth-round pick on shoring up a leaky secondary, it’s tough to imagine them being up to task of slowing down two of last season’s most explosive players straight out of the gate.

Of course, the Panthers also feature one of the most dynamic running-backs in the league in Christian McCaffrey who helped them put up the 7th highest yards per rush attempt last year and can only benefit from the added defensive-attention both Bridgewater and Anderson will siphon from the Raiders D. And although the Raiders did well against the run last season, giving up the 5th lowest yards per rush attempt, McCaffrey should be able to hurt them through the air after putting up the 13th highest catch-rate of any RB, WR, and TE in the league in 2019.

Meanwhile the Panthers defense – who should be much improved after signing former Viking Stephen Weatherly, drafting sensational Auburn defensive-end Derrick Brown, and switching to a 4-3 defense –

should have a strong day against a Raiders team that put up the 8th fewest point-per-game and didn’t have a single receiver eclipse 50 catches last season.

So while many analysts expect the Panthers to struggle out of the gate as they attempt to find some rhythm with all the new faces on the field, I’ll happily take the points against a team I already have rated as a profitable ‘under’ bet.