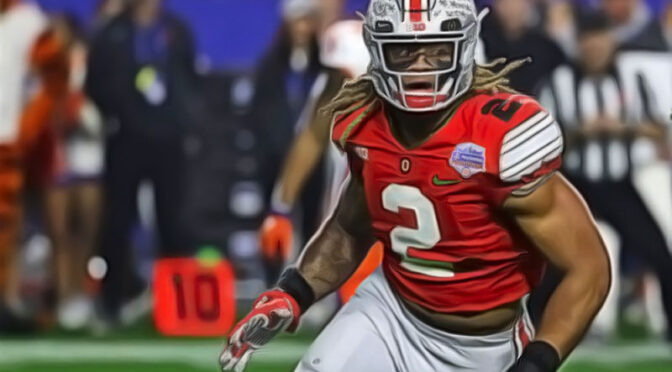 The NFL Draft is just over a week away, taking place on Thursday, April 23rd. It will be held virtually with General Managers making selections from their own homes, not being allowed at team facilities due to the Coronavirus.

NFL Commissioner Roger Goodell will still be announcing all the first-round selections from his cellar. That must be one heck of a basement as you figure anyone making $40 Million per year has a room big enough on the first level to do the broadcast.

The funniest line I heard about Goodell is that his wife and children will come down to boo him after every pick (since he’s always jeered during the regular process).

One of the best parts of the NFL draft is that it brings eternal optimism to every fan. Put a microphone in front of every GM after the draft and they’ll tell you how everything fell their way and they could believe they got Player X, Y, and Z. Fast forward a few months later and most of those selections are flat-out busts.

The other great part of the draft is betting on the different props. There are several of them available at the Winning Poker Network and one is whether the Washington Redskins will draft Ohio State defensive end, Chase Young with the No. 2 overall pick.

Young is a can’t-miss prospect, similar to Nick Bosa last year with San Francisco. The Redskins took a quarterback in the first round last year (Dwayne Haskins) and appear to be willing to pass up Tua Tagovailoa with his medical concerns. If Washington stays at No. 2, there’s a great chance they choose Young. And there are no signs they are willing to trade out at this point and miss losing him.

The pick is ‘Yes at -559 odds’ although I would do a very small wager since the return is small.