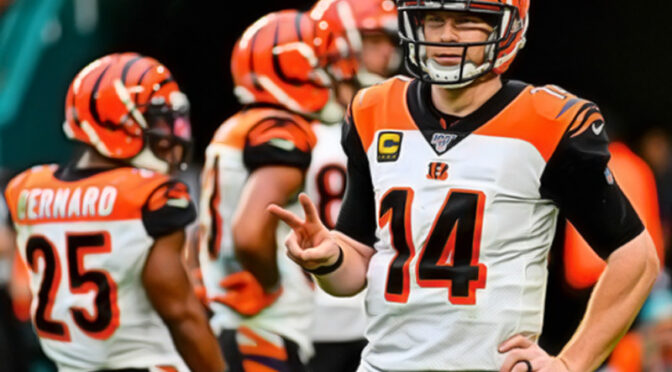 Yesterday I spoke about fading the hype of the Tennessee Titans’ recent success and today I want to look at a similar situation, albeit on the polar opposite of the spectrum: the Cincinnati Bengals.

With Cincity drafting consensus #1 pick and Heisman Trophy winner Joe Burrow, it’s been quite some time since the books have had to take this much “over” money on the Bengals’ season win total, which currently sits at over/under 5.5.

However, I, for one, am not sold. First off, let’s not forget that it was just a few months back when Cincinnati put up an impressive 11 consecutive losses en route to a league-worst 2-14 record – with their only two wins coming in the final weeks of the season against the equally depressing Jets and Browns, who by that point had nothing left to play for. Most notably, Cincinnati’s offensive line struggled mightily last season, a weakness conventional wisdom would have expected them to address through the draft. However, with the Bengals being anything but conventional, they instead elected to wait until the 6th round to give Burrow some support up front, choosing to spend their next pick on a WR and three more on linebackers (which, to be fair, they were in desperate need of as well).

So regardless of how excited the people of Cincinnati are about the less-mullety Tiger King, and no matter how much value they got through the draft at other positions, counting on a rookie QB to learn on the fly without solid protection is not a situation many have prospered in, and definitely not one I am interested in trusting with my betting dollars. In fact, it seems like such a precarious position to be in that I feel confident fading the Burrow hype and laying some dollars on the Bengals NOT yet being a 6 win team. And I stand by that.