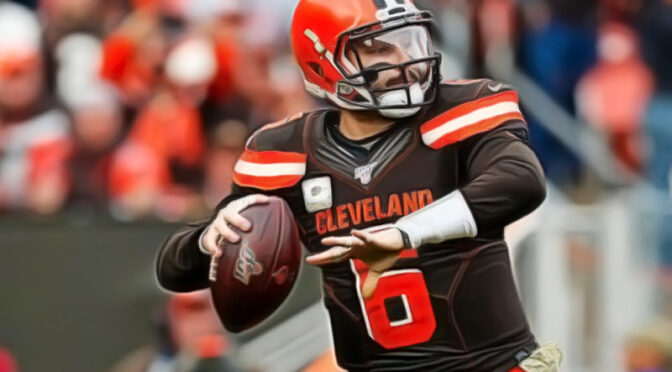 Yesterday I spoke about fading a popular over bet, and today I’m going to swing it back around again and recommend backing a team that I spent all of last season betting against: the Cleveland Browns. In 2019 – which now seems to have happened at least 5 years ago – my reasoning for consistently opposing the Browns was that the Mayfield-OBJ hype was so extreme that bookmakers were able to shade the lines heavily in the other direction, knowing that they would get action on the Browns regardless. The results? A 5-10-1 ATS record, good for 3rd worst in the NFL, and about as easy of a season win total under as we’ve seen in some time. So what’s changed this season to make me think Cleveland has a decent shot of covering the 8.5 over/under wins total? Well, let’s break it down.

First off, the biggest difference in my opinion starts right at the top with the Browns putting in place a new GM in Andrew Berry and new head-coach in Kevin Stefanski. Because while both will have a lot to prove as rookie heads of team, there is literally zero percent chance they could do any worse than their predecessors, particularly Stefanski who replaces a man who garnered no respect from the locker-room and constantly seemed to be outdoing himself when it came to poor on-field decisions. Now, with a new regime in place and, by all accounts, a locker-room full of believers, the highly talented Browns squad (at least on paper), will have the chance to go out and prove exactly who was responsible for the putrid season they put up in 2019.

But the front-office changes are not the only things drawing me to the over in this one. Coming into this offseason, the Browns single biggest priority was giving Mayfield some much needed offensive line help, which they did in a big way by signing former Titan OT Jack Conklin to a 3 year $42 million deal ($30 million guaranteed!) as well as drafting one of the premiere OTs in college in Jedrick Wills. Not done there, Cleveland somehow managed to snag three top-25 players (according to Pro Football Focus’ predraft rankings), making the latter two with picks number 44 and 88, earning them an A+ grade in PFF’s post-draft analysis. Additionally, the Browns upgraded their playmaking abilities by trading for former Falcons standout TE Austin Hooper, giving Mayfield a scarily-good 4-wide lineup of OBJ, Landry, Njoku and Hooper. And as if that wasn’t enough, the Browns were gifted the 4th easiest schedule in the NFL, facing a collection of opponents that went just 118-138 in 2019.

So while the potential COVID-19 delay is not ideal for a young team looking to find their groove playing alongside one another, I’ll once again be fading the masses when it comes to the Browns – this time in the opposite direction – and counting on big things from Baker and Co. come 2020.