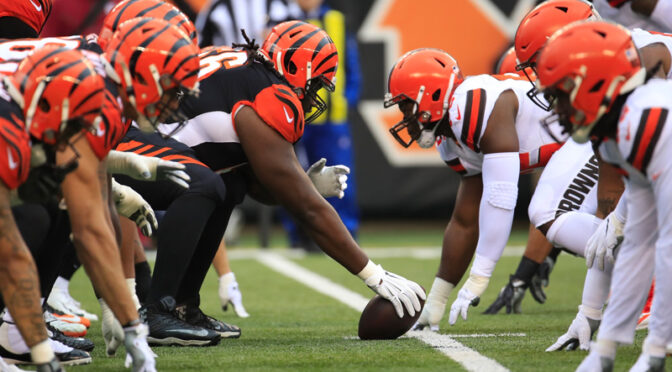 As far as survivor-bias betting is concerned, no Week 2 matchup is better suited for a public overreaction than the Thursday Night Football game between Cincinnati Bengals and Cleveland Browns.

With Cleveland taking an absolute thrashing (at least on the scoreboard) at the hands of last season’s best regular-season team, the social-media quarterbacks are already writing off Baker and Co for the remainder of the 2020/2021 season. Meanwhile, after coming a questionable offensive pass interference call and/or a botched FG attempt away from potentially beating the Chargers, the chants of “Bengals to the playoffs!” are raining down from delusional Twitter warriors.

However, upon a closer look, the box-score breakdowns of both games appear to reveal a likely overreaction in both cases.

First off, the Browns. While it’s no question that they deserved to lose their game against the Ravens, the level of butt-kicking that we witnessed was likely exaggerated to say the least. That’s because after failing to score a single point in two trips inside the Baltimore 35, turning the ball over twice on RB fumbles deep inside their own zone, getting just 3 catches on 10 targets from OBJ, and missing both a FG and extra point (RIP to Browns kicker Austin Seibert who is already in the unemployment line), Cleveland ran about as bad as humanly possible after putting up 300 yards of offense, outrushing the Ravens, and winning the time of possession battle. All in all, I expect a return to the mean for a Browns team that will hard-pressed to outdo their 3/15 completion percentage on third and fourth downs against a significantly worse defensive unit than the one they saw in Baltimore.

As for the Bengals, although I like my rookie heroics as much as the next guy, the truth of the matter is that Burrows had a statistically weak opening game, garnering just 115 passing yards through the air before the final drive and ending up with a passer rating of just 66. In fact, the offense as a whole put up just 4.4 yards per attempt, good for last place in the league ahead of the Monday night games. Additionally, the offensive line struggled mightily, giving up 3 sacks and a whole lot of pressure.

So while recreational bettors will no doubt be much more Bengals-heavy in Week 2 than they would have been otherwise, I’ll happily be fading the public and betting on last season’s hype machine rather than on this ones.