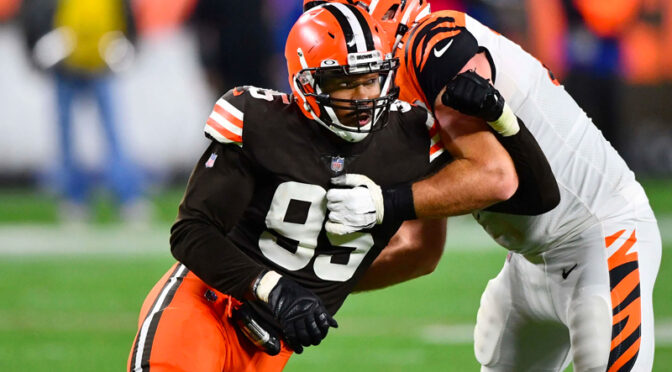 With Week 3 now officially underway, there still remain quite a few teams that have been running both above and below their preseason expectations and the Washington Football Team is no doubt amongst the latter. This week they’ll be taking on a Cleveland Browns team that knows a thing or two about under-performing, but after putting together a solid game in Week 2 (last 2 minute not withstanding), they’ll likely be getting some reinforcements this week as they try to string together back-to-back wins.

That’s because Browns Tackle Jack Conklin as well as CB Kevin Johnson were both full participants in practice on Wednesday with fellow CB Greedy Williams trending upwards as well as a limited participant. If Williams and Johnson are both able to suit up this week, the Browns secondary will be looking as close to the unit that PFF ranked 13th in its preseason rankings as they’ve been so far this season, which should go a long way in minimizing the impact of Washington’s only true offensive weapon in Terry McLaurin. And with Cleveland’s defensive line starting to come into shape after putting up 3 sacks and a whole lot of pressure last week, Washington’s 29th ranked offensive line could be in for another long day after already giving up the 3rd most sacks in the league so far.

On the other side of the ball, this will be an incredibly interesting battle with Washington’s defensive line – which should contend for top unit in the NFL this season – will be going up against a Browns OLine that ranked 6th ahead of the season and has given up the second fewest sacks through two weeks. If Cleveland can withstand Washington’s pass rush even just remotely – which I believe they can – Baker Mayfield should be able to put up some points on The Football Team’s 28th ranked secondary, making it hard for the unit that had just 3 points through the first 3 quarters last week against a fairly porous Cardinals squad to keep things close on the scoreboard.

That’s why while I’ll only have a single unit on the Browns regular spread, I’ve already loaded up on them as part of two-team teasers, essentially turning them into a pick’em.