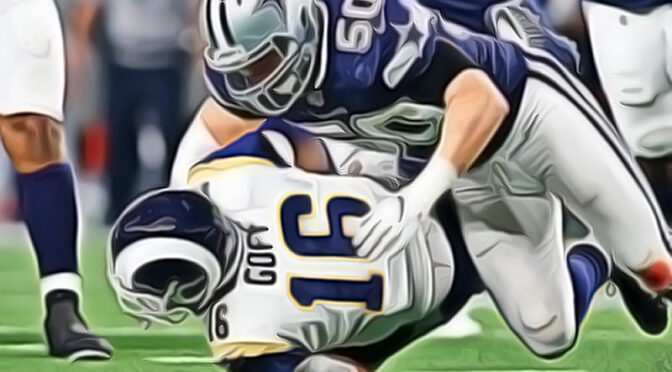 Yesterday I wrote about fading the Tiger King in Cincinnati and today I’d like to talk about why I’ll be avoiding backing the Rams as well.

Although LA will have the luxury of opening the 2020 season at home on Sunday night, they’ll have a tall task in facing last season’s most under-performing team: the Dallas Cowboys. Not only did Dallas put up the league’s highest yards per game total, they did so in historic fashion – outgaining every single team since the 2013 Broncos (who made it to the Super Bowl) while not even qualifying for the playoffs. And although some of that is no doubt attributed to the coaching disaster that was Jason Garrett, Dallas definitely also suffered from a painful dose of one-score variance – losing 6 games by 8 points or less with 4 of them being by 4 points or less. In fact, if the Cowboys had won every one-score game they lost and lost every one-score game they won, they would have finished the season 13-3 instead of 8-8. So while that’s obviously not a perfect metric to gauge team success, it is a useful tool to determine whether a team’s record was a true reflection of their skill-set, which in the case of the 2019 Cowboys, it seems clear that it wasn’t.

Drilling deeper into this matchup, Dallas had a decisive edge in most offensive categories including two of the most important ones: yards per pass attempt (Dallas ranked 1st vs LA’s 13th) and yards per rush attempt (Dallas ranked 5th vs LA’s 27th). And with Dallas picking up WR stud CeeDee Lamb in this year’s draft to line up opposite Amari Cooper, the Rams will be in for a long evening if they fail to penetrate an offensive line that tied them for first in fewest QB sacks allowed last season. Equally as importantly, the Cowboys also had a significant edge in some key defensive categories ranking 9th vs 17th in opponent points per game and 3rd vs 17th in opponent third down conversion percentage.

So although I do suspect the Rams may have a bit of a resurgence compared to last season (though not strongly enough to bet on it), Dallas’ “on-paper” advantage – particularly with what we can only expect will be a more competent head-coach on the sidelines – appears to be too great to bet against.