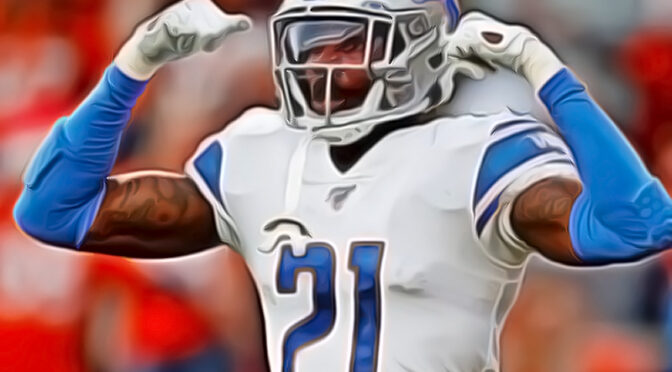 Yesterday I wrote about hopping aboard a popular ‘over’ season win total bet and today I’d like to explore reasons to jump on the opposite side of another: the Detroit Lions under 6.5 wins (+128 odds). Although Lions fans are desperate for a sign their team can improve on a disastrous 3-12-1 record now that QB Matthew Stafford is (allegedly) healthy, it wasn’t Detroit’s offense that was the problem in 2019, with the Lions sitting smack-dab in the middle of the league in yards per game. The defensive side, however, was about as brutal as can be with the Lions giving up the second most yards per game in the NFL at a whopping 400.4. As is no surprise with a number like that, the Lions’ pass-rush was beyond ineffective – they tied for both the fewest sacks and interceptions – while their secondary gave up the 2nd highest number of yards to opposing receivers and the 4th most touchdowns; none of which are areas they’ll be getting much support in from Mr. Stafford.

To make matters worse, Detroit lost former All-Pro CB Darius Slay who was unfairly vilified for a terrible season, something that makes complete sense considering the impossibility of covering wide-receivers in today’s NFL when the opposing QB can seemingly sit in the pocket for a full episode of Sponge Bob. And while the signings of Desmond Trufant, Jeff Okudah, and Duron Harmon should allow the Lions to improve their atrocious secondary play somewhat, I don’t see how it could be enough to make a massive difference with the lack of front-seven pressure likely to continue being an issue.

And as if their on-field shortcomings weren’t enough of a problem for the Lions, Detroit will have the luxury (hashtag sarcasm) of playing six games against the Packers, Vikings, and Bears – a reality that may very well see them needing to win 7 of their remaining 10 games to cover the over. And while that might be doable under the best of circumstances, Detroit will be facing the 5th toughest schedule in the NFL, with their opponents combining to go 134-121-1 in 2019. Yikes.

So as much fun as it’ll be to watch Stafford be forced to throw the ball 100 times a game just to have a chance at keeping pace (that might be a bit of an exaggeration, but not as big of one as it may seem), I’ll be betting against a Lions resurrection in 2020, though I wouldn’t mind the idea of waiting to see if the o/u will to flip from 6.5 to 7 before hammering the under with a little added push-protection.