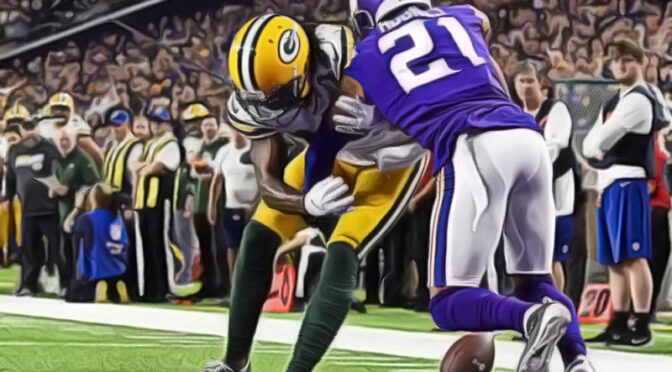 Today I’d like to begin looking ahead to some week 1 matchups as a way to put some positive energy out into the world that we will have made significant strides in our battle against COVID by then and get to enjoy some sort of return to normalacy, if not by attending the stadiums themselves, at the very least sitting on our couches surrounded by friends and families. And what way to start things off then be looking at one of the premiere matchups of the first week of action: the Minnesota Vikings hosting the Green Bay Packers.

First off, let me point out that I have both the Packers and the Vikings pegged as “Under” teams, but since I can’t bet on both of them losing this one, I prefer to ride with the one that didn’t seem to do everything in their power to upset their franchise QB this off-season. Because while the Vikings have their own issues at play – namely the loss of Stefon Diggs and a QB who at times seems to lose track of just how long he spends in the pocket – by all measures they had a strong off-season, coming out as one of the highest-rated teams in the NFL Draft while managing to shore up a few holes through free-agency – namely WR Tajae Sharpe and DT Michael Pierce.

Meanwhile, the Packers had one of the most head-scratching off-seasons in recent memory, forgoing getting Aaron Rodgers some much needed WR help and instead electing to use their first-round pick on QB Jordan Love and then doubling-down by using pick number 2 on a running-back. I have no idea when things will come to a head regarding Rodgers beef with head-coach Matt Lafleur, but I for one want no part of having money on the line when it does.

From an analytics perspective, home teams that went into their week 1 matchup favored by 3 to 7 points over a playoff opponent have gone an astounding 25-7-3 ATS, good for 46% ROI with a margin of victory of more than five and a half points!

So although I may not love the Vikings’ chances of making a deep run in 2020, I like them a whole lot more to handle their business at home on opening night as 3-point favorites.