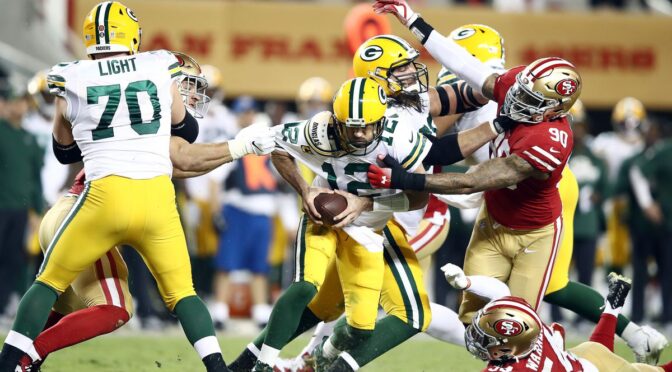 Having already recommended them as part of a two-team teaser last week, I’m doubling down on Green Bay against the 49ers as a spread-bet as well. Already decimated by injuries across the defensive unit, San Francisco’s top offensive players will be joining their street-clothed teammates on the sideline after QB Jimmy Garoppolo and TE George Kittle suffered injuries that will keep them out of action for multiple weeks. That’s of course in addition to WR1 Deebo Samuel, who is likely to miss more time rehabbing a hamstring injury, and the Niners top two running-back in Raheem Mostert and Jeff Wilson Jr. All things told, San Francisco will be fielding a team that looks much closer to their second-unit than it does its Super Bowl squad.

Additionally, the 49ers will be playing on a short-week, giving the coaching staff and replacement players no more than a couple of days to game-plan. Meanwhile, although the Packers have lost 2 of 3, their offense continues to roll, putting up the 4th highest points per game, and 2nd best points-per-play in the league. The issue for Green Bay continue to be a defensive unit that’s given up the 9th most yards per play and 5th worst Red Zone scoring percentage. Fortunately for the Packers, facing a team now lacking any true offensive threats, the defense should be able to find more success than they have in recent weeks, thereby giving Rodgers added possessions against a defensive line that now ranks 22nd in sack percentage and just 26th over the last 3 games.

So although I’ve been much more bearish on Green Bay than most this season, I’m happy to lay the points on a healthy Packers team that also falls under a TNF dataset focused on small road favorites that’s covered 58% of the time for 13% ROI over the past 13 seasons.