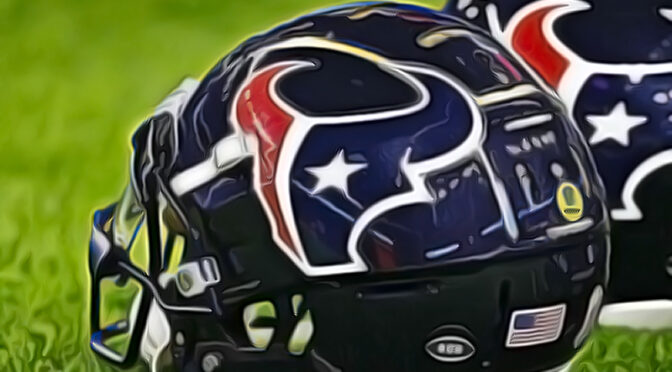 Last week I wrote about fading the always-popular Green Bay Packers in 2020, and today I’d like to continue the trend by looking at another “under” bet I see as having some value this upcoming season: the Houston Texans u7.5 wins.

It’s tough to begin a conversation about the 2020 Houston Texans with discussing how head coach Bill O’Brien made what on the surface looks like one of the worst trades in recent memory, sending away Deandre Hopkins and a 4th rounder for RB David Johnson, a 2nd rounder, and a 4th rounder in 2021. Not only is this trade a head-scratcher on paper, but it also robs rising quarterback star Deshaun Watson of his 3rd down safety blanket while allowing defences to better focus on containing him in the pocket, thereby neutralizing – at least in part – one of his biggest strengths on the football field. And while the signings of Randall Cobb and Brandin Cooks should help in that department, neither has the explosiveness of Hopkins or can force defences into mismatches as well. And although David Johnson could do better with a change of scenery in a system that better fits his skill-sets, in the age of ‘running-back don’t matter’, trading one of the most dominant receivers in NFL history for a 28-year-old RB who could barely hold a roster spot last season seems like a bad decision from a risk-assessment perspective.

More importantly however, the fact that the once-proud Texans defense took a beating in 2019 does not bode well for a team that already suffers from some of the worst GM and coaching decisions in the league (a shortcoming that a powerful defense can often mask). In a league where QB pressure and strong secondary play are more or less the be all and end all on the defensive end, the Texans ranked 31st and 28th in those two categories last season. So although the Texans (arguably) got some value out of their first pick in the draft when taking DT Ross Blacklock – who they hope can help with the aforementioned lack of QB pressure – waiting until the 4th round to draft a CB – and then taking a pretty big leap on John Reid while more well-rounded CBs remained off the board – will make what should already be the toughest season ever to rely on NFL rookies to make an impact (thank you COVID-19), even tougher for the Texans’ D. Not to mention that if Texans’ legend JJ Watt happens to deal with injuries yet again this upcoming season, the defense will have an incredibly difficult time stopping the kinds of NFL offenses they’ll need to to have another shot at achieving playoff success.

So while it doesn’t exactly feel comfortable betting against a Deshaun Watson led football team, combining the above factors with the fact that Houston will be playing the 8th most difficult schedule in the NFL while continuing to be led by one of the worst coaches in the league, makes this an “under” play I just can’t pass up. With that said, I do think under bettors will have a great opportunity to hedge their bets after week 4 – when the Texans could very well be in an 0-4 tailspin after beginning the season with games against the Chiefs, Ravens, Vikings and Browns (who I think may surprise some people in 2020), as the season gets considerably easier for Houston the rest of the way.