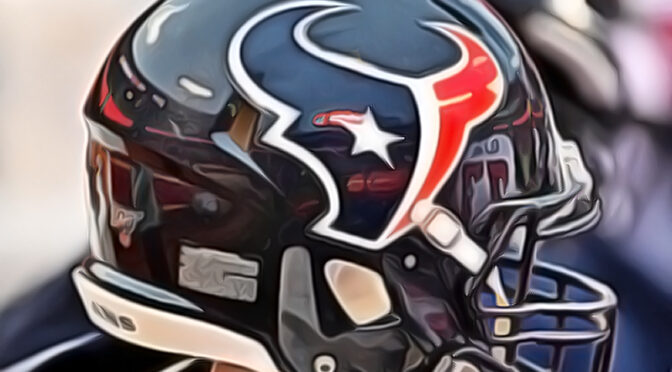 Yesterday I wrote about playing the favorite in a Week 1 division-showdown between the Vikings and Packers and today I’d like to look at another team I’m happy to lay the points on: the Kansas City Chiefs -9.

Assuming the season does in fact get underway as scheduled, the Super Bowl champs will begin their title-defense at home against the team whose soul they snatched away last post-season: the Houston Texans. The Texans infamously blew a 24-0 lead en route to a heartbreaking 51-31 loss, after which they inexplicably traded away one of the best wide-receivers in the NFL for aging running-back David Johnson. Speaking of Hopkins, the all-star took a dig at his old team via social media after it was announced Chiefs QB Patrick Mahomes signed a record-breaking $503 million deal by tweeting out the “24 reasons why Mahomes deserves that”, a not so subtle jab at Texans ownership.

And while the Hopkins trade was the icing on the cake, Houston – and more specifically, HC/GM Bill O’Brien – have seemingly made it a habit to pull off head-scratching decisions over the past few seasons, an issue that does not bode well for their chances against the extremely well-run and even better coached Chiefs. Not only will Mahomes undoubtedly continue to improve on numbers that could potentially eventually see him enter the conversation for one of the greatest ever, but Kansas City will be returning 20 of 22 Super Bowl starters as well as first-round pick RB Clyde Edwards-Helaire, who should be an incredible weapon for Mahomes coming out of the back-field thanks to his pass-catching abilities. Meanwhile, the Texans did very little this off-season to address a weak secondary that ranked 28th last season, which seems like the single worst short-coming one could have against the high-flying Chiefs who ranked 2nd in yards per play in 2019.

Trend-wise, playoff teams playing a non-division conference game as the home favorite have covered the spread 56% of the time since 2004, good for 10% ROI. So although, betting the chalk is generally not a recipe for success in the NFL (home favorites of 9 or more points or more have historically only covered 47% of the time), when considering Houston’s secondary and pass-rush issues, as well the seemingly never-ending Bill O’Brien coaching issues, this is one time I’m willing to roll the dice and bet on the champs and their $500 million man.