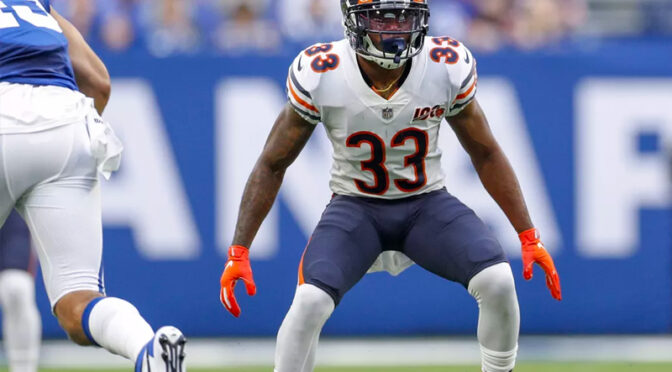 Coming off an improbable comeback victory with Nick Foles at the helm, the Chicago Bears will be hosting Philip Rivers and the Indianapolis Colts in a marquee showdown between two teams with playoff aspirations.

Unfortunately for Chicago fans, the Bears have one RB already out (Cohen) and another who is dealing with an ongoing hamstring injury (Montgomery). This will be a problem against a Colts defense that has given up the fewest yards of any team in the league including just 4 yards per rush attempt.

On the offensive side, Philip Rivers has quickly made Indianapolis his home, leading the Colts to the 5th highest yards per pass attempt and what should have been a 3-0 record if not for a highly unlikely loss (based on the boxscore) against the Jags in Week One. More importantly, the Colts have been winning the turnover battle to the tune of the 5th highest turnover margin per game. And while the Colts’ statistics admittedly have to be taken with a grain of salt after taking on the Jags, Vikings, and Jets, the Bears are not exactly in Super Bowl form either after needing two heroic comebacks to secure wins against subpar competition in the Lions and Team Collapse Atlanta, and securing just a 4-point win against a dumpster fire NY Giants team that lost by 10 to Pittsburgh and got absolutely demolished by a 49ers team playing more 2nd stringers than the Knicks in the last 5 minutes of a game.

Additionally, Indianapolis is 11-3 ATS in its past 14 games vs. a team with a winning record while also being part of a visitor favourite dataset that’s returned a 5% ROI for +14.5 units since 2013.