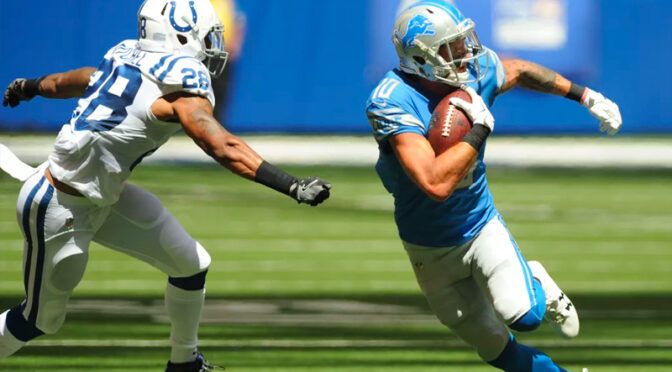 After going a cool 6-0 in last week’s teaser options, it’s time to get back to a straight bet I’ve been riding the entire season: the Indianapolis Colts spread. Because while they’ve only gone 3-3 ATS so far, coming off a bye-week against a Lions team that needed some buzzer-beating heroics just to eek out a win against a 1-6 Falcons team seems like a solid ‘get right’ spot for Philip Rivers, who should be doubly motivated after listening to ‘Sam Darnold to Indi’ trade rumors for the past two weeks.

Even after putting up two fairly weak defensive showings heading into their bye, Indianapolis continues to hold top 5 rankings in a plethora of defensive stats including opponent points per game, opponent yards per play, and opponents average passer rating. Meanwhile the Lions have struggled all season long, putting up just the 15th most points per game, the 17th red zone percentage, and the 18th average scoring margin at a negative 1.5 points.

Additionally, Indianapolis is part of a road-favorites dataset that’s covered the spread 54% of the time for 5.6% ROI since 2013, including an impressive 45-29 record when playing as a favorite of 2.5 points or less. And with the spread having already moved a full point in Indianapolis’ favor – from -1.5 at open to -2.5 at time of writing – I’m locking in my bet now before it has a chance to move up to the all-important number of 3.