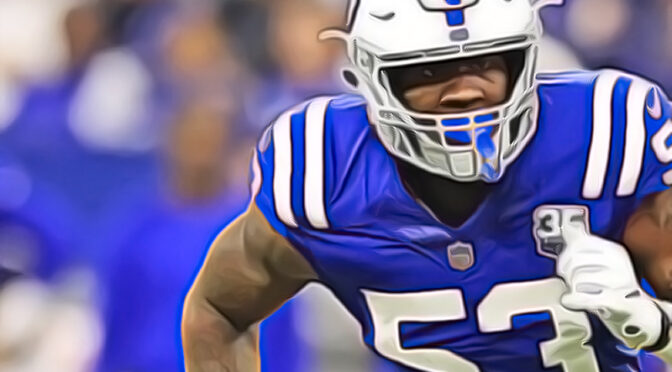 Yesterday I spoke about riding the new regime in Carolina and today I’d like to cover what seems like one of Week 1’s ultimate ‘square’ bets that I just can’t help myself from piling on to: the Indianapolis Colts -6.5 over the Jacksonville Jaguars.

Obviously this should be a popular bet amongst the public considering the Philip Rivers hype as well as facing a team that went just 6-10 last season (who I expect to continue to disappoint for at least another season). Still, it’s hard not to bet on the analytics darling of the NFL as they role out one of the most prolific passers in league history behind one of the best offensive lines in football. In fact after losing two of their top defensive players in DE Calais Campbell and CB AJ Bouye this off-season, Jacksonville’s secondary issues from last season could very well continue their downward spiral against Rivers in week 1.

Speaking of defense, the Colts made a big splash of their own by signing defensive-tackle Deforest Buckner, who should make a significant positive impact on a unit that was already putting up the 13th most sacks per game and allowing the 8th fewest yards per rush attempt. And with the Jaguars giving up 2.6 sacks per game themselves, Gardner Minshew could be in for a long day against Buckner and company as he gets chased up and down the gridiron. The Red Zone in particular should be an issue for a Jags offense that was the second worst in the league at redzone TD percentage in 2019 and will start off the 2020 campaign by taking on a unit that ranked 9th in opponent RZ scoring percentage last season.

And while the spread does seem a bit short to me – often indicating an edge the sharps see that us regular folks don’t – there’s no question that Jacksonville is in the midst of another rebuild year while the Colts are essentially in win-now mode. So as long as they can get a couple key stops ‘between the 20s’ and old man Rivers’ doesn’t bring the Chargers’ Groundhog Day game-script from last season with his to Indianapolis, getting the Colts at less than a touchdown seems like the play with the higher long-term expectation, regardless of how chalky it appears to be.