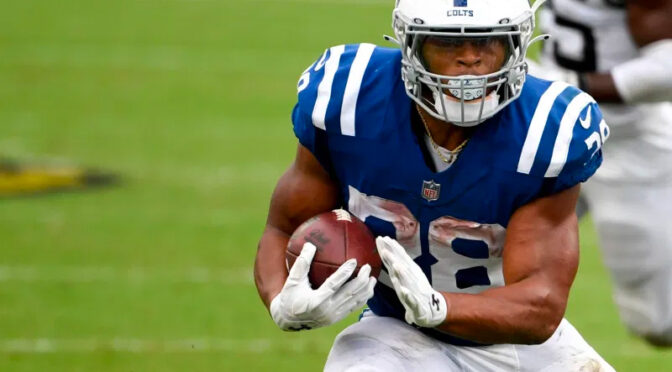 Although my man Gary Vaynerchuk might not like it, I’d like to begin our Week 3 NFL breakdowns by stating that the NY Jets are undeniably the worst team in the NFL. If you disagree (hi Jets fans!) let’s discuss how they have a QB who has shown nowhere near the progression New York was hoping for when they selected him with the third overall pick in the 2018 draft (which by the way, was about 28 picks higher than last season’s MVP Lamar Jackson), a RB in Le’Veon Bell who they guaranteed $35 million and hasn’t been heard from since, and a former player in All-Pro safety Jamal Adams who’s trolling them in the media after essentially been forced out of town last season.

And as if that wasn’t bad enough, the Jets were a big part of the Injury Weekend festivities this past Sunday when WR Breshad Perriman suffered a sprained ankle and C Connor McGovern strained his hamstring. Both players are expected to miss some time alongside Jamison Crowder who missed Week 2 due to a hamstring injury and the aforementioned Bell who was recently played on IR. All in all, if Crowder is indeed ruled out again for Week 3, the Jets will only have 3 healthy wideouts on the roster in Chris Hogan, Braxton Berrios and Josh Malone, the latter of which was only elevated from the practice squad two weeks ago.

This week they’ll be taking on an Indianapolis Colts team that based on the box-scores should have had a relatively easy 2-0 start to the season but are instead sitting on 1-1 after some late-game miscues against Jacksonville in Week 1. Still, the Colts offense has looked as good as advertised with Philip Rivers loving life playing behind the best offensive-line he’s had in his career. So far in his time in Indianapolis, Rivers has put 77% completion percentage, good for third in the league behind only MVP candidates Russell Wilson and Lamar Jackson. Of course, the untimely interceptions (3 so far) have continued to be a factor for Rivers, but had the usually dependable TY Hilton not dropped 2 passes on the final drive in Week 1 and another for a sure TD in week 2, we likely would have barely noticed the expected miscues as Rivers and his receivers get acclimated to one another.

But it’s not all good news for the Colts, as they sustained their own injury woes in Week 2. WR Parris Campbell and Safety Malik Hooker are both expected to miss significant time after sustaining injuries this past Sunday Bloody Sunday. Fortunately for Indianapolis, the team’s depth at safety should allow them to mask the loss of Hooker – particularly against teams fielding receivers off their practice squad – and their WR core will be fine with Rivers at the helm.

With that said, with the betting line having already moved 2.5 points in favor of the Colts, the edge might now be a little thin in what should be a relatively low-scoring game (the over/under made an even bigger move of 4 full points towards the under), meaning that if you don’t already have a Colts ticket in your possession, you may want to instead consider including them as part of a two-team teaser, or hoping to get lucky with a better line ingame if the Jets should manage an early score.