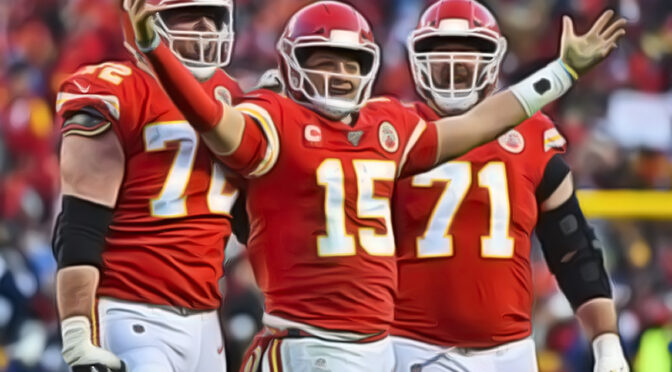 Yesterday I wrote about fading Minshew Mania and today I’d like to outline a bet where following the masses may be OK: the Kansas City Chiefs Over 11.5 wins (-113 odds).

First off, let’s give the champs some respect, while the media has been focused on the Chiefs’ lack of cap-space, Kansas City has managed to ensure they’ll be bringing back 20 of 22 Superbowl starters and gained some flexibility in an admittedly super tight salary situation by restructuring the deals of both Sammy Watkins and Frank Clark. The team then used that added space to make a few solid, albeit not headline-grabbing, additions – most notably OT Mike Remmers and CB Antonio Hamilton.

Let’s not forget also that Kansas City plays in the AFC West and will thus have the luxury of playing the Chargers, Broncos, and Raiders twice, giving them the 8th easiest strength of schedule based on projected win totals with their opponents having only put up a .500 record in 2019. Assuming they can run the table against their weaker competition (a big assumption but not completely out of the question with Mahomes and Reid at the helm), the Chiefs would need to lose all 5 of their toughest games – vs the Ravens, Patriots, Bucs, Saints, and Bills – to fail to cover the Over 11.5 line.

Kansas City Over bettors should also not sleep on the Chiefs’ 1st round pick RB Clyde Edwards-Helaire, whose dual-threat abilities (68 catches vs only 3 drops) could help him put up a monster year (at least by final-pick of the 1st round standards) playing in such a high-flying offense. As for the rest of their draft class, KC managed to shore up a defense that finished the 2019 season as the 8th best ranked pass defense but struggled against the run. All in all, it’s hard to argue that the Chiefs didn’t maximize the hand they were dealt being so strapped for cap-space and having only 5 draft picks to play with; and with so little starter turnover from their championship squad, it seems to me that they’ll be strongly in contention to match last year’s 12-4 record and send Over bettors home happy for the second straight season.