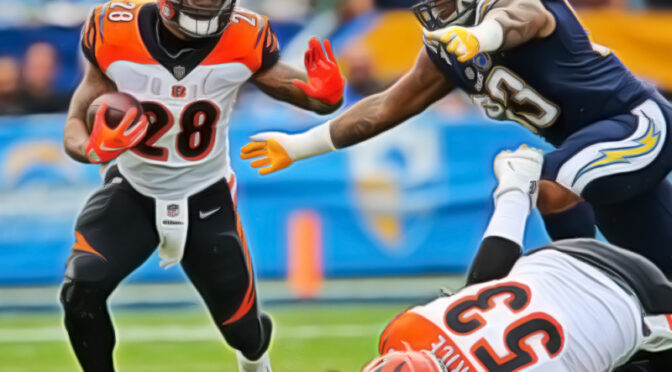 Yesterday I wrote about backing the Philip Rivers era in Indianapolis and today I’d like to look at Rivers’ former team’s first week matchup with the newly-crowned Tiger King and his Cincinnati Bengals.

With one of the most disappointing seasons in recent memory behind them and a once franchise quarterback departed to make room for what the Chargers hope will be the QB of the future in 6th overall pick Justin Herbert, many people expect LAC to chalk the eventual 2020 season to a development year. However, with all signs pointing to Tyrod Taylor being the starter for at least the first part of the season, and a roster that was much, much, better than its 5-11 record indicated, I expect the Chargers to surprise their doubters and be a real threat to eclipse its season-win-total in 2020. With Rivers at the helm, LA lacked the QB mobility it required to become a truly multi-dimensional team, something that won’t be an issue for the quick-footed Taylor who has forced the 3rd most QB missed tackles since 2011. And with LA also making some big upgrades in areas they desperately needed to this off-season, particularly at the cornerback, defensive tackle, and offensive-line positions, it seems like the Chargers now hold one of the most well-rounded rosters in the NFL and will have the privilege of beginning the 2020 season against last season’s worst team: the Cincinnati Bengals.

Although there’s understandably a lot of hype in Cincinnati thanks to the drafting of the mega-talented Joe Burrow, the Bengals failed to address many of the issues that plagued them last year. In particular, failing to provide their rookie QB with much offensive-line support after giving up the 8th most sacks per game in 2019 seems like a disaster waiting to happen. These struggles undoubtedly also hurt Cincinnati in the running game, leading them to put up the 7th fewest rushing yards per game, which could make Burrow’s job even more difficult as defenses can focus more heavily on preventing the pass – as area the Chargers excelled in last season to the tune of allowing the 6th fewest passing yards per game.

All in all, from a roster-perspective this game seems like a complete mismatch and one that should provide bettors with an opportunity to fade the masses and take advantage of the Burrow hype by backing the Chargers as only 3-point favorites.