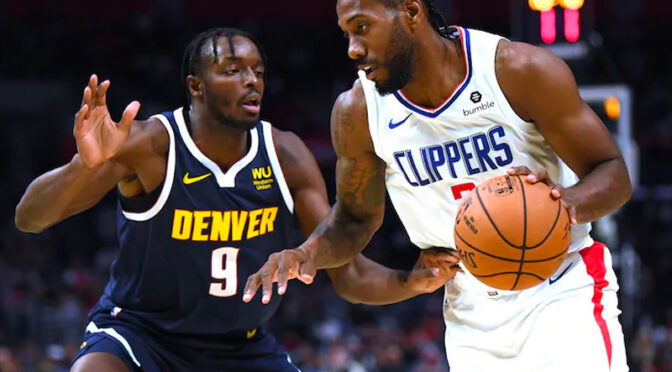 The first round of the NBA playoffs was all about what I call the ‘shrug and bet’ – backing the clearly better teams such as Milwaukee, Toronto, LAL, LAC – and hoping for the best. And although that, for the most part, worked out fantastically over the past couple weeks, things get much tougher moving forward, as was showcased by the 6-point underdog Heat taking it to Milwaukee in Game 1 (and currently leading Game 2 in the 4th quarter as I sit here writing this). Meanwhile, two of my top picks in the West – the LA Clippers and Denver Nuggets – will continue their journey towards the Finals when they go head to head in their second-round matchup. Unfortunately for the Nuggets, while this may have been a much tougher matchup to handicap under regular circumstances, due to a number of extenuating circumstances, this feels closer to a shrug and bet type spot once again.

First off, the obvious: Denver has just completed a bruising 7-game series against the Utah Jazz in which they were forced to mount a heroic 3-1 comeback on the back of historic stretch of shooting from Nuggets star Jamal Murray. Now the Nuggets must turn around on just one day’s rest and take on one of the preseason favorites to win it all, who have been chilling in ice-baths for 3 days since disposing of future-GOAT Luka Doncic and the Mavericks in 6 games.

Additionally, with Patrick Beverley trending towards making his return in Game 1, Murray will not only be forced to shake off the fatigue in a hurry, but do so against one of the peskiest and most high-energy defenders in the league. It’s no coincidence that the Clippers are just 14-12 in games without PatBev and 39-13 with him on the court.

And while I don’t think Denver is necessarily “drawing-dead” in this series, the rest factor combined with a much tougher road for the man who kept them alive the entire first-round (not to mention the thigh bruise he sustained in Game 7) makes this as close to a shrug and bet play as we’ll see in this second round. With that said, with the line having already moved 2.5 points in favor of LA, those not already holding a ticket may want to consider backing the Clippers as part of a two-team teaser or parlay, or even waiting to catch an early live bet if the Nuggets can shave a couple quick points in the first few moments before the fatigue kicks in.