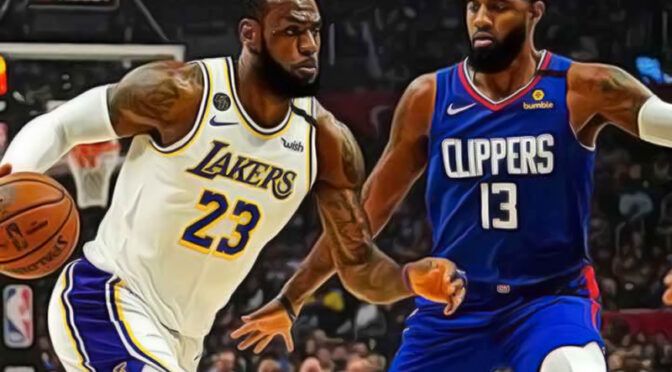 With the NBA season set to resume in Orlando, it’s time to begin looking ahead to listed matchups as well as potential playoff pairings. Because while team and player situations will no doubt continue to develop over the next few weeks thanks to the COVID-19 pandemic, it appears basketball will in fact be played in 2020, and for those of us who have been craving the excitement (and distraction) of the NBA playoffs, games can’t start soon enough.

Yesterday I looked at backing the only remaining home-team this season and oday I’d like to take a look at one of the first two games of the season and the playoff matchup everyone is waiting for: the Los Angeles Lakers Vs. The Los Angeles Clippers.

For the Lakers, guard depth will be a key issue heading into this matchup, particularly when it comes to perimeter defense. The recent signing of JR Smith is no doubt a significant upgrade on the offensive end (and the redemption story-line I’m most excited about watching!), but losing Avery Bradley could play a big factor on the defensive end against a Clippers’ offense that ranked 4th in points-per-game and 10th in three-point percentage before the delay of the season.

For the Clippers, the most immediate question is whether their perennial 6th man ultimately decides to join the team in Orlando. In recent days Clippers coach Doc Rivers said he expect Lou Williams to play, which I tend to believe is the case (at least for now) if Doc is putting it out there publicly. Additionally, Landry Shamet has tested positive for the Coronavirus, which according to the new NBA Covid19 regulations means he’ll need to isolate for 14 days and test negative twice before rejoining the team. Fortunately for the Clippers, if all goes well for Shamet, he’ll be back in the locker-room with plenty of time to re-acclimate before the season gets underway. But regardless of if Shamet plays or not, as long as Williams suits up the Clippers should hold a significant edge in perimeter play behind he and fellow guards Paul George, Patrick Beverley, Reggie Jackson and my personal favorite fantasy-sleeper pick Rodney McGruder.

That’s why in my opinion the key for the Lakers will be to dominate their opponents on the inside, with the LAL putting up the 2nd highest PPG in the paint before the break. However, LAC believes they’ve found value with Joakim Noah, extending his 10-day contract for the remainder of the season. If they’re right and Noah can reclaim some of the defensive energy of his youth – a shortened-season no doubt a blessing to his 35 year-old body – the Clippers should be able to improve on a defensive unit that was already allowing the 6th fewest opponent points in the paint, thereby forcing the Lakers to rely more heavily on an outside game that ranked just 17th from behind the arc.

So although this first matchup between the two Western Conference powerhouses is not a playoff game and as such will experience much higher variance thanks to it being the first game back and coaches potentially limiting minutes, I believe the edge rests in opposing the always heavily-bet Lakers and taking the points on a team that already leads 2-1 in the season series.