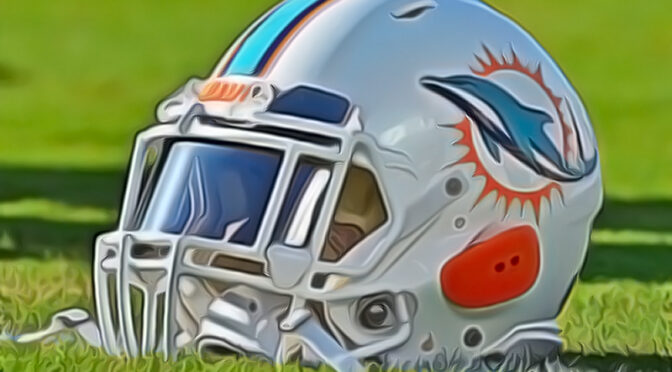 Yesterday I wrote about cautiously betting against the Rams, and today I’d like to continue the journey through the land of season win-total unders by looking at another team that should struggle in 2020: the Miami Dolphins u6.5 (-140 odds).

First off, I will admit that, by their standards, the Dolphins have had a particularly strong off-season thanks to the addition of some solid talent in the form of CB Byron Jones, LB Kyle
Van Noy, DE Shaw Lawson, RB Jordan Howard, and RB Matt Breida. The Fins also drafted extremely well, taking QB of the future Tua Tagovailoa – who may end up making the Bengals regret selecting Joe Burrow if he can stay healthy (yes, I said it!) – while also picking up some much needed offensive-line help with OL Austin Jackson and Robert Hunt, as well as some defensive help in the form of Noah Igbinoghene and Jason Strowbridge. And although it’s a fact that this year will be the toughest to be a rookie thanks to the uncertainty caused by COVID-19, due to the construct of the team, nearly all Miami rookies will, at the very least, have a chance to compete for significant field time.

With that said, the lack of a typical off-season (and potentially delayed regular season) should affect the younger, weaker teams much more so than their counterparts. Add that to the fact that Miami will need to play 4 games against the Bill and Patriots, and getting to 7 wins on the season begins to seem like a stretch. Speaking of the schedule, the Dolphins not only have tough division-foes to deal with, but will actually be playing the 3rd toughest schedule in the entire league based on last season’s win percentage – with their opponents putting up a 135-120-1 record in 2019 (strangely enough, all 4 AFC East teams can be found in the top 5 of toughest schedules in 2020).

So although I do think the Dolphins made significant improvements since last season and should have a decent shot at shedding their laughing-stock image over the next few seasons, I wouldn’t bet my hard earned dollars on it happening this season. That’s why I’ll be playing the under 6.5 total wins and likely even taking a shot at the under 6 if I can get it at a better price later on.