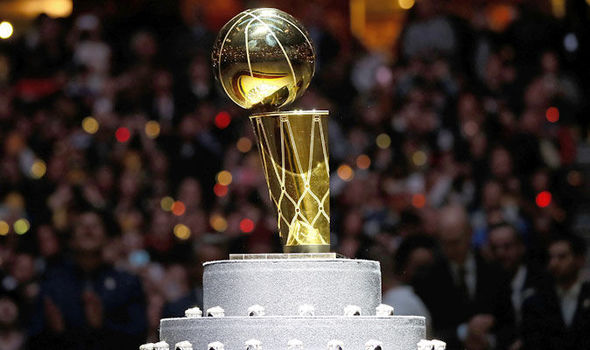 With the longest and strangest regular season in NBA history finally coming to a close while the world’s worst pandemic in over a century rages on, the NBA playoffs will officially kick off later today with a plethora of much-welcomed story-lines to distract us from the happenings outside the arena. With that in mind, let’s take a look at all the action around the league on this first day of the 2020 playoffs.

With Jamal Murray back from injury, Nikola Jokic foaming at the mouth with excitement after averaging 29.3 points, 12 rebounds and nine assists against the Jazz in three matchups this year, and Michael Porter Jr taking the basketball world by storm in his first real bout of extended action, this was always going to be a tough matchup for Utah. However, with Bojan Bogdanovic – who I listed as the key to Utah’s success this past off-season – already ruled out for the series and Mike Conley just having been announced as likely to miss at least the first 3 games after leaving the NBA Bubble due to the birth of his son, this one could very well be over before it started. Fortunately for the Jazz, Bubble basketball has removed Denver’s massive home-court advantage, giving Utah equal footing in that respect. However, with the reported rift between Donovan Mitchell and Rudy Gobert continuing to cast a shadow over everything the Jazz do, it likely won’t take much for the wheels to begin falling off if they should struggle early against a powerful Denver team. And if Will Barton and/or Gary Harris are able to return in time for the series, the talent-edge will shift even more heavily in favor of the Nuggets, whose depth should be a massive edge against a Utah lineup that will now be forced to give heavy minutes to the likes of Jordan Clarkson and Georges Niang. We’ll know more about what this looks like in practice after today’s matchup, but as it stands now, I like Denver’s chances in this one.

The defending champs have erased all the ‘it was just Kawhi’ talk after posting the best win percentage in franchise history after losing Mr. Fun Guy this past off-season. As a reward for their efforts, the trio of Kyle Lowry, Pascal Siakam and OG Anunoby will begin their quest for an unlikely back-to-back championship by taking on a Brooklyn Nets team that is a shell of itself playing without Kevin Durant, Kyrie Irving, Spencer Dinwiddie, DeAndre Jordan, Taurean Prince, and likely new signing Jamal Crawford to start. And while it’s true that Caris LeVert has completely lived up to the hype as the Nets’ number one option since the NBA restart, rolling out players like Tyler Johnson and Lance Thomas with your starting unit – not to mention a second unit that would struggle to get on the court even for the cross-town Knicks – seems like a disaster waiting to happen against one of the most consistent and best-coached teams in the league. No need to overthink this one: one unit pregame with another unit if a better line should present itself early-on ingame.

This could have easily been one of the best matchups of the first round, with these two teams both entering the season with Eastern Conference championship aspirations, but with the Sixers losing one franchise in Ben Simmons to a knee injury and having its other star Joel Embiid banged up with a right hand injury just 4 days ago, this could be a much less competitive series than it would have been otherwise. That’s not to say the Celtics are going to run away with it, with Alec Burks and former Celtic Al Horford picking up the slack in Simmons’ absence, but there’s no doubt the Sixers will pay a heavy price if forced to play a long series without their starting PG, particularly if Embiid’s hand is more of an issue than has been advertised so far. All in all, although I won’t be rushing to oppose the Sixers just yet (primarily thanks to Boston’s lack of talent in the middle), I do think backing the Celtics is the most +EV play to start things off in this one.

With the last game of the first day of the NBA playoffs, we will finally get some answers that we’ve been looking for in regards to just how good both these teams can actually be. Can Luka and KP make the Mavs legitimate contenders against the upper echelon of NBA talent? Will the Clippers be able to turn on the afterburners after seemingly phoning it in at times this season? Can LA’s 5th ranked defense slow down Dallas’ top-rated offense? Or will the Clippers 2nd rated offense feast on a Mavericks defense that’s rated in the bottom half of teams? But perhaps most importantly for my own analysis, how will Dallas’ lack of depth stand up against an LA team whose bench squad could very well be a starting unit for a handful of NBA teams? I think it is this last question that will determine the results of this series, with the Clippers holding an obvious and significant talent-edge across the board. So while this could very well turn out to be a much more exciting series than some are expecting (could we see shades of last year’s Clippers series against the Warriors?), until given proof to the contrary, I’ll be sticking with my preseason prediction of LAC representing the West come the NBA Finals…at least for one game to start.