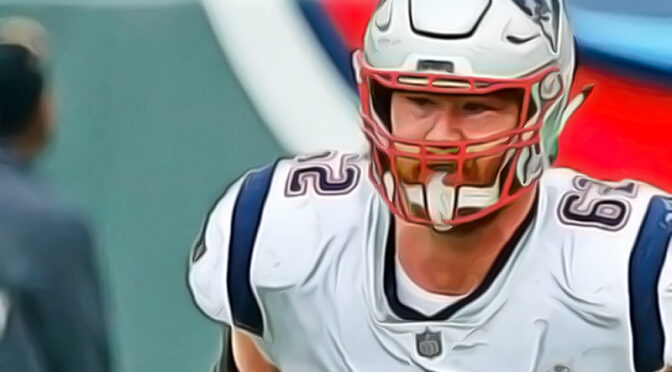 Yesterday I wrote about yet another team I’m betting the Under on and today I’d like to reverse course and finally look at a team win total over that I like, though perhaps not one you’d expect: the New England Patriots o8.5 (-125 odds).

In speaking with recreational sports-betting friends over the past couple of months, one thing that’s become clear to me is just how badly the general public is salivating at the opportunity of betting against the once mighty Pats. Every conversation I have about the expectations out of New England now that Mr. Football is finally gone seem filled with glee at the prospect of watching it burn to the ground a la King’s Landing. However, I, for one, am not so sure this story will play out the same way that one did.

Because although much has been made of the Patriots facing the single toughest schedule in the NFL based on last season’s records, when looking at it from the Las Vegas bookmakers’ projected win totals, that number drops all the way down to 13th. And while they do have a couple of tough games vs Baltimore, Kansas City, and San Francisco, they also get to play twice as many games against the Bills, Dolphins, and Jets alone – the first two of which I already have pegged as ‘under’ teams, with the latter to be discussed in an upcoming breakdown. And if you’re laughing to yourself thinking ‘how is Stidham or Hoyer beating anyone?’ let me just point out that while I believe in Belichick’s ability to groom a QB more than pretty much anyone else on the planet, it also wouldn’t at all surprise me to see one Mr. Cam Newton pacing the Patriots sideline come the 2020 season. Look also for draft picks Kyle Dugger, Josh Uche, and Anfernee Jennings to exceed expectations while playing in one of the strongest systems in pro sports.

Additionally, from a more subjective standpoint, although the roster turnover would point to a rebuild for most teams, it’s hard for me to imagine the incredibly proud Robert Kraft and Bill Belichick giving the football world the satisfaction of seeing the Patriots bottom-out post-Brady. Belichick in particular – after reportedly wanting to move on from Brady for at least the past couple of season – has not only had literally years to game-plan for this season, but will likely also have the type of competitive fire in his belly that should make his coaching counterparts on the other side of the field extremely nervous.

And before the cries of ‘Patriot fanboy’ come out, know that although I no longer have allegiances to one team over another other than who I happen to bet on that day, as someone who grew up a Colts fan, nothing hurts my soul more than betting on the man who crushed it so many times. But with age, hopefully, comes wisdom, and if you’re still doubting the power found inside that oversized Patriots hoodie, than how much wisdom could you possibly have acquired.

Pats, Over. Take it to the house.