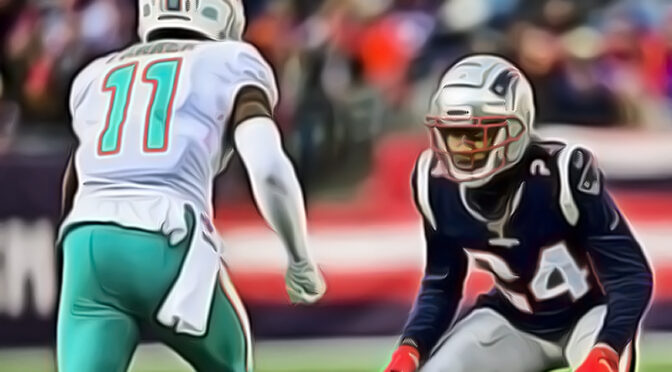 Yesterday I wrote about betting on America’s team and today I’d like to look at betting on the team who, in my opinion, will be featuring the future 2020 comeback player of the year: the New England Patriots. In week one schedule-makers have given us the marquee matchup of the Brady-less Patriots against the 2019 heavy-weight who cost them a first-round bye, the *checks notes* Miami Dolphins?

All jokes aside, although the Dolphins most definitely went for broke this offseason having spent more money in free agency than any other team, their problem is likely to continue being a leaky offensive line. Because while they did upgrade significantly in that department via the draft, this is far and away the worst season in NFL history to depend on rookies to make an immediate impact, and there aren’t many worst places on a football field to mask one’s inexperience than on the offensive line. This is bad news for aged QB Ryan Fitzmagic who should spend much of week one running for his life against a team that in 2019 gave up the fewest yards per game, fewest passing yards per game, 8th fewest rushing yards per game, and put up the 11th most sacks.

On the bright side, over the last half season of 2019 the way to beat the Patriots became clear: use the play-action pass. By focusing on this weakness in the Pats’ defense, teams were able to increase their yards per attempt running the PA by a whopping 50% over the final 8 weeks of the season. Unfortunately for the Dolphins, their greatest weakness – a below average offensive line – also happens to be the single most critical element for a strong play-action game.

Of course, the biggest difference for the Patriots this season is the end of the Brady era and potential beginning of the Cam Newton era. Because while Cam’s no Tom, he does add an element to the Patriots game that has been sorely missing over the past decade: QB mobility. With Newton able to keep defenses honest with his legs, opponents will no longer have the luxury of loading the box against the Patriots front, which should significantly improve both New England’s run game and play-action potential. And if Newton can return to the 2018 form that saw him put up the highest completion percentage of his career, it could be another long season for the Patriots’ AFC East opponents, beginning with the week 17 revenge game against the Dolphins in week one.

So although it does feel like Miami has started making the right moves to head back out of the AFC basement, I don’t really see it starting against Bill Belichick and the Pats.