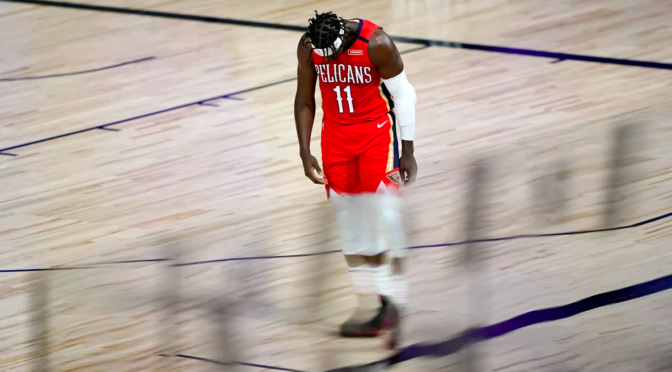 When it comes to my sports-betting I generally only like to follow well-established, long-term trends with a significant sample-size that I can be sure has chiselled away the variance and noise inherent in trend-creation. With that said, sometimes there are situations where a short-term trend – say one that encompasses the bulk of just one season – will appear, and be both powerful and logical enough to warrant taking a shot in a game where you already had a ‘lean’ in one direction. Such is the case tonight when the New Orleans Pelicans suit up against the Sacramento Kings in a matchup that is closing in on a do-or-die situation for both teams sitting 2 and 3 games back of 8th seeded Memphis with just 5 games to play.

With Zion Williamson in the lineup and starting to increase his minutes (he played 25 in his previous game after playing just 15 in each of his first two Bubble outings) and Jaren Jackson’s unfortunate injury opening the door for the Pelicans to make a real push at the Grizzlies, New Orleans will now be in a very special situation that they’ve excelled at, to put it lightly, all season long.

So far this season, when the Pelicans have played a game on 3 nights rest – as they will today – they’ve absolutely demolished the spread going 8-2 in those games (with one of the two losses coming in a 12-point blowout win over the Cavs in a 13-point spread game). But it wasn’t just that they won, but the fashion in which they did so, smashing the spread by an average of more than 10 points per game! In fact, on 3 nights rest, the Pelicans didn’t just “cover”, they actually won 7 of those 8 games outright! And if you rightfully think that’s impressive enough, prepare to be amazed because here is the list of teams they beat (on the scoredboard, not just in the spread) in those games:

Utah, Indiana, Memphis, LA Clippers, Denver, and Portland twice. Not exactly a cakewalk of a schedule, now is it? And doubly so in comparison to their opponent today, the 0-3 Bubble Sacramento Kings who have put up just a 19-21-1 ATS record this season when playing on 2 nights rest, as they will today.

And if that wasn’t enough, there’s also a little bit of recent history between these two teams to help provide even more context: in their only matchup against the Kings this season, the Pelicans managed to take home a hard-earned 2-point win while on the road in Sacramento, even with Zion Williamson still sitting on the sideline due to the right knee injury that cost him the start of the season.

So while anything can happen on any given Sunday (or Thursday in this case), this seems like a good spot to take a shot at a short-term trend by laying 1-2 units on the Pelicans spread while potentially adding another unit ingame at a better price (ideally somewhere in the pick’em to +3 range) if New Orleans trails by a small margin early.