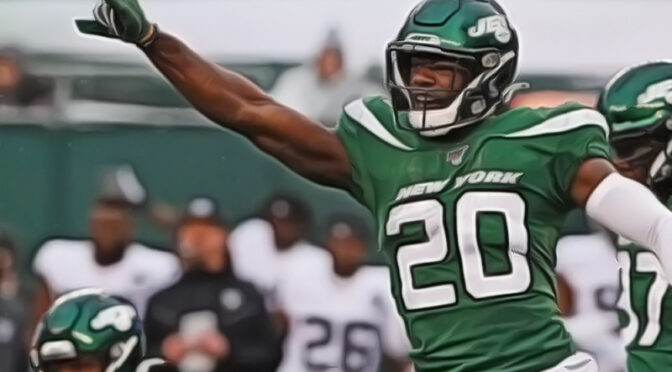 Yesterday I wrote about fading Mr. Jones and today I’d like to look at yet another New York team I’ll happily be betting against: the NY Jets Under 7 wins (-145 odds).

While I generally leave a team’s schedule for the end of my analysis, in this case it could very well be the single most important factor for Jets bettors to consider. That’s because NYJ not only has the second toughest schedule by last season’s winning percentage (.533), but also the 3rd toughest by projected season-win-total, by far the worst combination of any team in the league. They’ll be playing 7 playoff teams (for a total of 9 games when factoring in 2 games each against the Patriots and Bills) as well as games against both Super Bowl participants. In fact, with New York starting the season with games at the Bills, vs 49ers, at the Colts and then facing a short week against the Broncos, I wouldn’t be surprised to them get the 2020 campaign underway in a 4-game hole needing to win 8 of their last 12 to cover the Over. Yikes.

As for the NFL Draft, New York did reasonably well early on by drafting the mammoth OL Mekhi Becton – who will be tasked with protecting (franchise?) QB Sam Darnold – while also making a great value pick in WR Denzel Mims after trading down to secure another pick, but had a much more questionable strategy down the stretch making some…shall we say…optimistic choices in Ashtyn Davis, Jabari Zuniga, La’Mical Perine, and QB James Morgan, each of which have big question marks when it comes to making the leap to the big leagues.

But whatever questions were left on the Draft floor, were only magnified after New York signed reserve lineman George Fant to a massive $27 million deal with nearly $14 million guaranteed. And if that doesn’t sound like a lot by NFL standards, consider the fact that Fant suffered at torn ACL in 2017, was unable to crack the Seahawks regular rotation over the past 2 seasons since returning from injury, and was graded as a bottom 25 player at his position by PFF in 2019. Best of luck, Darnold.

And although the Jets made some more easily-justifiable decisions in signing C Connor McGovern and giving Pierre Desir on a club-friendly one year deal, when combining the brutal schedule with the heart-breaking loss of WR Robby Anderson in free-agency, I’m more than comfortable playing the Under 7 wins line, and hopefully the Under 6.5 at better odds as well.