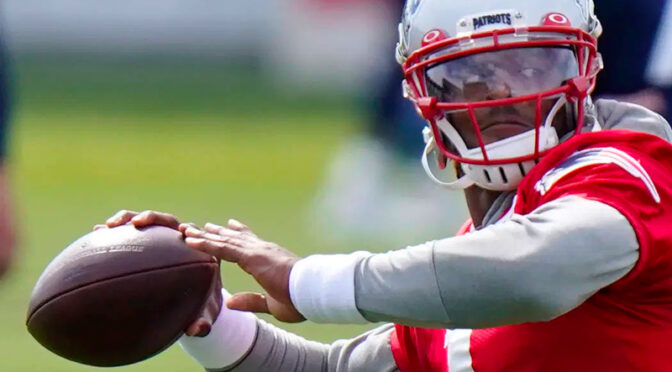 When it comes to sports-betting – regardless of the sport – it has been historically proven that the earlier parts of the season are the times when there is the most edge for recreational bettors over the books, or, to be more accurate, the smallest lack of edge. This of course makes perfect sense when considering that as the amount of data piles up on each season – and each team – bookmakers have more to deploy their leverage over the public. With that in mind we come to Week 4 of the NFL season, which appears to be far and away the toughest one so far from a handicapping perspective. Although there are a couple of spots that seem appealing straight up, the majority of the lines appear razor-sharp, making my preferred NFL bet-type – the two-team teaser bet – even more enticing than usual. Consequently, here is part 1 of a two-part series on my favorite Week 4 lines to tease.

I won’t go too deeply into the ins and outs of this matchup as I’ve already explored it in depth, but rather use it as an opportunity to review some things you ought to consider when selecting which games to target in a teaser. Most importantly, you want to use the points afforded by a teaser to hit or cross as many key numbers as possible (namely 3 and 7, as well as 10 to a lesser extent) while avoiding crossing the zero. For example, it’s a lot less valuable reducing 15-point spread to 9 (only crossing the ‘secondary’ number of 10) than it is reducing an 8-point spread to 2 while crossing both the 7 and 3. So while teasing the Ravens only gets us to the 7 rather than across it, when considering all the factors listed in the full breakdown above, that feels like more than enough in this case. But bettors who prefer playing it safe and are willing to pay for it, teasing it an added half-point for the extra juice is an option too, bringing the line down to Baltimore -6.5.

In my opinion there are no better line to tease than -7.5 to -6.5, essentially turning a decent-sized favorite into a -0.5 pick’em. That’s the case in Tampa Bay with Tom Brady and the Bucs taking on a Chargers defense that has been decimated by injuries, allowing a weak Carolina team to complete 78% of their passes en route to their first win of the season. As such, I expect Arians to dial up the pass early and often and allow the greatest QB in the history of the NFL to break down the battered LA secondary at will. Additionally, with the Chargers likely to be missing the most important piece of their offensive line in Bryan Bulaga, LA could struggle mightily moving the ball against a Buccaneers defense that ranks 2nd in the league in opponent yards per play and 5th in opponent passer rating at just 83.0. And with Brady going 36-5 ATS when teased 6 points as a 6-7 point favorite, this game seems ripe for inclusion in a two-team teaser bet.