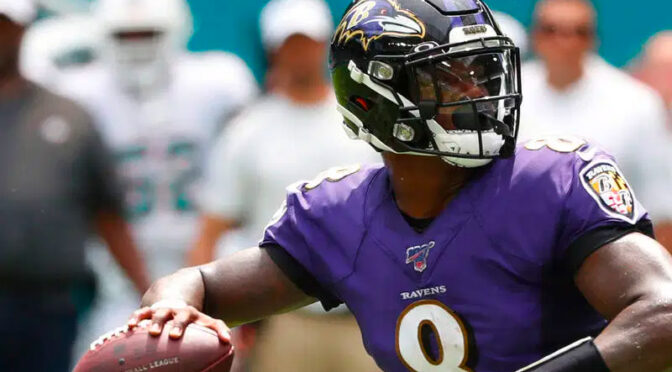 When it comes to sports-betting – regardless of the sport – it has been historically proven that the earlier parts of the season are the times when there is the most edge for recreational bettors over the books, or, to be more accurate, the smallest lack of edge. This of course makes perfect sense when considering that as the amount of data piles up on each season – and each team – bookmakers have more to deploy their leverage over the public. With that in mind we come to Week 4 of the NFL season, which appears to be far and away the toughest one so far from a handicapping perspective. Although there are a couple of spots that seem appealing straight up, the majority of the lines appear razor-sharp, making my preferred NFL bet-type – the two-team teaser bet – even more enticing than usual. Consequently, here is part 2 of a two-part series on my favorite Week 4 lines to tease (see Part 1 here).

As I mentioned in Part I of this series, in my mind there are no better lines to tease than -7.5 to -6.5 as it allows the bettor to bypass the two most important numbers in football betting in 7 and 3. As with the Buccaneers, this is the case this week in Miami where the 3-0 Seattle Seahawks take on the 1-2 Dolphins as 6.5 point favorites. On first look this game should not be close, with Seattle being the significantly better team; however, with a huge emotional game against the Cowboys last week followed by a cross-country trip to Florida, this has all the markings of a classic let-down game. Additionally, with how horrific the Seattle secondary has been so far this season, the Dolphins – who have already put up 28 points on the Bills D and 31 on the Jaguars – should be able to move the ball with relative success. So while I may not be comfortable putting money on Miami against one of the top two QBs in the league, I do feel that the sharp money moving the betting line off the all-important 7 is indicative of a game that might just end up being closer than many people think.

No, that’s not a misprint, I am recommending this game for yet another teaser bet, but this time the over/under of 54. As mentioned above, the Seattle secondary has been truly atrocious in 2020, giving up a whopping 431 passing yards per game (!!), good for dead last in the league. For their part, Miami hasn’t fared much better, giving up the 25th most. In fact, these two units have been equally awful in multiple opponent passing categories including tying for last place in opponent yards per pass attempt. And with the Dolphins best CB Byron Jones slated to miss yet another game, things don’t seem like they’re going to get better for Miami facing the league’s third ranked passing unit based on yards per pass attempt. That’s why, with a 6-point teaser bringing the total below such a key number (7×7 = 49), I like the odds of these two offenses lighting one another up all day and clearing the over.

So whether you’d like to tease these two bets together, combine one with another from Part 1, or choose your favorite to add to another side or total you believe has edge, this seems like a good week to take a shot at some two-team teasers. Best of luck!