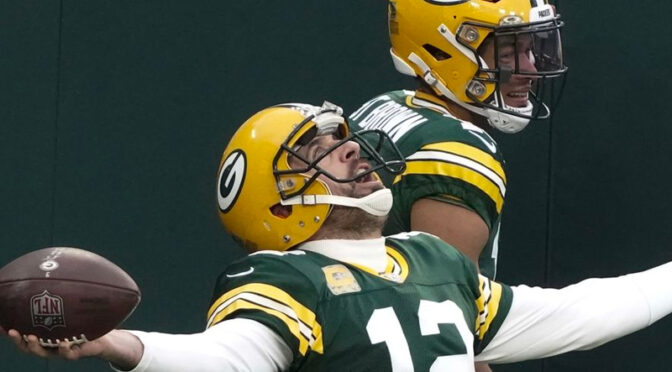 With COVID-related injuries and late-scratches continuing to wreak havoc on betting lines across the NFL, this season I’ve often found it best to wait at least a couple of days into the week before beginning to place my teaser-action. However, when it comes to sports-betting it’s almost always better to adhere to the ‘early-bird gets the worm’ philosophy when seeing edges in the lines and as such, I still find myself struggling not to take bets I see as +EV immediately upon open, which is the case again this week. That’s because there are two teams in particular that appear to make a solid teaser combo in a format I’ve never recommended before: the 7-point two-team teaser.

Generally speaking, buying the extra point in a teaser-bet in order to move it from +6 to +7 points is going to be a suboptimal decision due to the “juice” increasing from -120 to -140. In fact, doing so on a regular basis is likely going to make it impossible for you to turn a profit, so if you want to play the two lines below as 6-point teasers instead (be they with one another or independently with another team you believe in), not only would I not fault you, but I’d likely say you are making the play with the higher long-term expectation. With that said, as a relatively disciplined bettor, I don’t mind allowing myself to stray from optimal strategy once or twice a season when I see a spot that seems to line up well for it.

In theory, this game against the Jaguars should be an easy win regardless whether at -4 or -3, but with Pittsburgh having played three consecutive nail-biting games which they won by a combined 12 points before beating up on an overvalued Bengals team this past weekend, I’m not as confident in their dominance as their record indicated, though matching up against the single worst secondary in the league should definitely help their cause.

Additionally, with Pittsburgh playing this game on the road ahead of a huge game against the Baltimore Ravens the week following, this seems like a classic trap game for the Steelers; perhaps not one which they are at a high-risk of losing, but one they may accidentally hang in the balance during the final moments, much as was the case for the Packers this past weekend against these very same Jaguars.

So although it may feel like a bit of overkill, with it lining up well with the next half of this teaser, I don’t mind playing it safe by paying the extra rake in this one to take the line down to the key-est of numbers of minus three.

As such, although I think this is a decent spot to sell-high on the Colts coming off a dominating win over the Titans on national television while buying low(ish) on a Packers team coming off the aforementioned almost-oopsie-game vs the Jaguars, I don’t hate the idea of buying the extra point to get the line up to the minor key-number of 10.