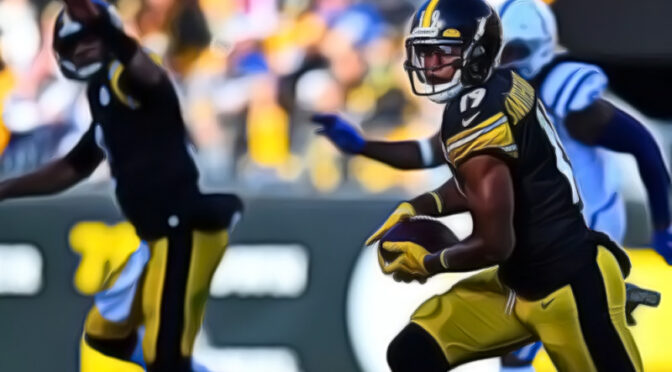 Yesterday I wrote an “Under” season-win-total bets that I like and today I’d like to look at another that is one of my favorites on the entire board: the Pittsburgh Steelers Under 9.5 wins (-140 odds).

Unlike the majority of bettors I spoke to before last season, I was quite low on the Chicago Bears’ chances in 2019 for one simple reason which happens to be the exact same one that has me excited about the Under in Steeletown too: defensive takeaways. Those who follow the analytics side of the game may remember that in 2018 the Bears defense absolutely demolished opponents in the turnover game to the tune of a league-leading 2.2 takeaways per game en route to a 12-4 record. So how did they do the following season? They ended up dropping all the way down to 21st with just 1.2 takeaways per game, leaving Mitch Trubisky to get exposed in a way that was masked by all the winning they had been doing a season earlier and finished off with a disappointing 8-8 record. So why is this important when discussing the Steelers’ chances of covering the Over? Well, turnovers are a notoriously volatile statistic that has almost zero relevance from one year to the next, which is bad news for Pittsburgh who finished the 2019 season with an even higher turnover number than the ’18 Bears, leading the league by averaging 2.4 takeaways and (stop me if you’ve heard this before), masking their QBs’ inefficiencies en route to a respectable (considering their injury-plagued circumstances) 8-8 record. And while Trubisky is no Ben Roethlisberger, it is as close to a guarantee as there exists in sports that the Steelers defense will regress in 2020 and put up defensive numbers nowhere close to the ones they managed to pull off in 2019. And when you consider the reality that Pittsburgh may very well be riding a QB other than Big Ben by season’s end (more on that in a moment) – this time without the benefit of the best takeaway number of any team since the Panther’s 2.6 in 2015 (which dropped to 1.7 TPG the following year) – and you get an eerily similar situation to the one we just witnessed in Chicago.

Equally as important, the Steelers were forced to make some tough decisions this off-season, most notably letting DT Javon Hargrave walk (fly?) to cross-town rivals Philadelphia Eagles after putting up 6 sacks in 2019. Pittsburgh will also likely face issues with an aging offensive-line in the near future – whether that begins this season or not is anybody’s guess – but I generally tend to side with Father Time when doing my handicapping. And when you factor in that the O-line will be protecting a 38-year-old QB coming off a major injury, that seems doubly true this time around. Speaking of Big Ben, let’s not forget that it was not just any injury that stole 2019 from him, but one to the elbow of his throwing arm! That’s clearly a suboptimal injury for any quarterback, but even more so for one pushing 40. Note too that the Steelers have yet to release literally any details on the injury or Ben’s rehab progress, making me wonder in just what kind of shape they’ll be rolling him out in 2020.

So although having both Roethlisberger and JuJu back clearly puts the Steelers in a better place than they were to end last season, with a win total number as high as 9.5 everything needs to go absolutely perfectly for Pittsburgh to hit the Over. And for my money, as a general rule when it comes to sports-betting and particularly in the insanely high-variance sport that is professional football, I bet on things not going perfect rather than the other way around. Give me the u9.5 and, even better, the u9 at better odds.