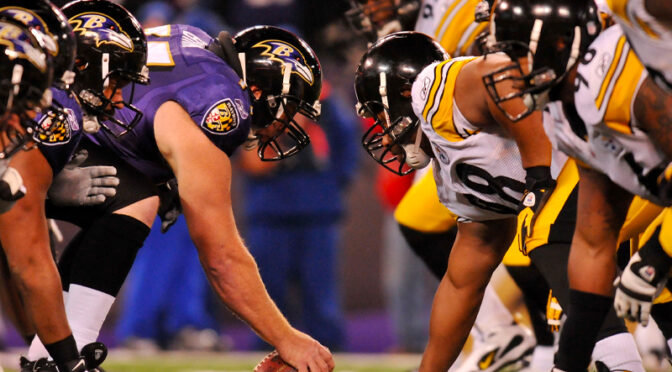 For believers of the buy-low/sell-high strategy in NFL spread betting, it is hard to imagine a better situation than Week 8’s big-boy matchup between the Baltimore Ravens and Pittsburgh Steelers. Having stumbled into their bye-week on the back of a somewhat unconvincing victory over the dumpster-fire that is the Philadelphia Eagles, the Ravens are about as low in public opinion as they’ve been over the past 2 seasons – even while holding a 5-1 record (which, to be fair, doesn’t mean much considering the Chicago Bears held the same record before being exposed by the Rams this past Monday). Meanwhile, the team very few fans outside of Pittsburgh expected to preform this well nearly halfway through the season, is now riding as high as can be in public opinion as the lone undefeated team left in the NFL.

However, as heavy as the discussion about the Steelers’ defense has been over the past few weeks, the data shows it pales in comparison to Baltimore’s, with the Ravens currently leading the league (by a WIDE margin) in the critical metric of points per play (Steelers rank 10th) and points per game (Steelers 6th), while ranking 2nd in opponent yards per pass attempt (Steelers 13th) and 3rd in turnover margin (Steelers 14th). And while Baltimore has struggled on the offensive side of the ball at times this season, they still rank ahead of the Steelers in some key metrics including yards per play (17th vs 25th), yards per completion (22nd vs 28th), and rushing yards per game (1st vs 11th).

So while the public is understandably high on the Steelers and low(ish) on the Ravens, I expect this to be Pittsburgh’s toughest test of the season and am therefore fine with fading the recreational money by backing the rested home team if I can grab a line at the key number of 3, though I wouldn’t play it for more than 1 unit and might even consider doing it ingame at a better line if I can’t catch the 3 before then.