Quarterbacks taken in first round of NFL Draft 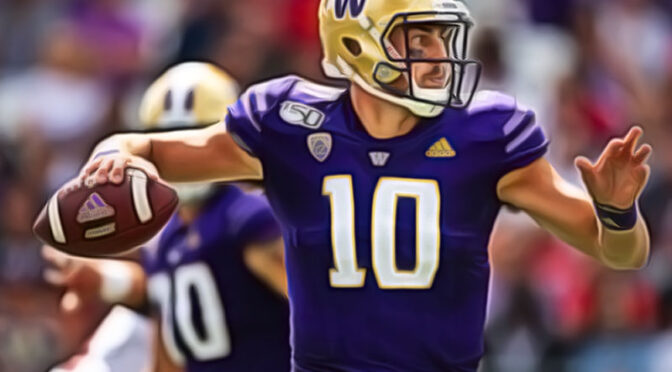 The NFL Draft is coming Thursday, April 23rd and we’re continuing our series of articles for proposition bets available at the Winning Poker Network sportsbooks.

If you look at the chart below, you can see that there’s only been one time in the last 10 years that five quarterbacks were taken in the first round. That was two years ago when Baker Mayfield, Sam Darnold, Josh Allen and Josh Rosen were all taken in the top-10. Lamar Jackson, who has been the best of the bunch, snuck into the bottom of the round at No. 32.

This year, there are three locks to go in the first round in Ohio State’s Joe Burrow, Alabama’s Tua Tagovailoa and Oregon’s Justin Herbert. All three should go in the top-10, with Burrow almost a lock to go No. 1 overall to Cincinnati.

Utah’s Jordan Love is another quarterback who will very likely go in the first. He’s has a tremendous amount of ability and is even being called a “poor man’s Patrick Mahomes”, but he did throw 17 INTs last year for a team that had a lot of new players on offense.

Washington’s Jacob Eason is the quarterback most likely to sneak into the first round. He has prototypical size at 6-foot-6 and 231 pounds, plus great arm strength, but lacks mobility. Most mock drafts have him being picked mid-second round, including the latest one from ESPN’s Mel Kiper.

The pick is ‘Under at -596 odds’ although I would do a small wager with the return so small.
Quarterbacks taken in the first round.