Running Backs taken in first round of NFL Draft 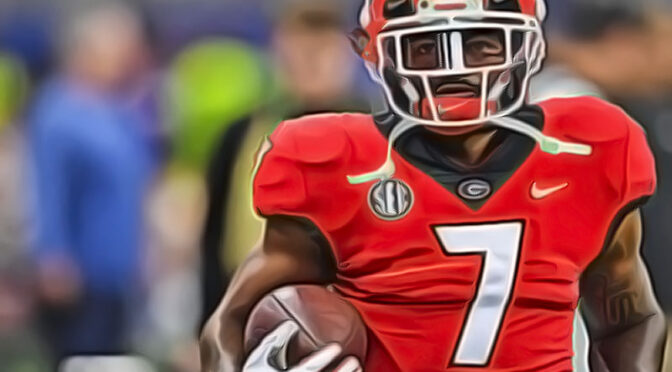 We are continuing our series of NFL Draft proposition bets available at the Winning Poker Network sportsbooks.

Remember, the draft is just a week away now, beginning Thursday, April 23rd. It will be held virtually with all picks taking place from the homes of General Managers.

If you look at the chart below, you can see there’s a wide variety of running backs selected in the first round over the last 10 years. In three of those years, there were 3 backs taken. That includes as recently as two years ago (2018) when Saquon Barkley, Rashaad Penny and Sony Michel got the nod. In five of the 10 years, 0 or 1 running backs were selected.

This year is very interesting because there are three running backs who are ranked about the same by the draft experts. They are Georgia’s D’Andre Swift, Wisconsin’s Jonathan Taylor and Ohio State’s JK Dobbins.
Of those three RBs, the one who you see predicted most often in first round mock drafts is Swift.

However, I think Taylor is being really undervalued after his incredible production at Wisconsin and then also testing extremely well at the combine. I think there is a very good chance that Taylor goes in the first round in addition to Swift.

The pick is ‘Over’ at +543 odds which is a nice value return.
Running Backs taken in the first round.