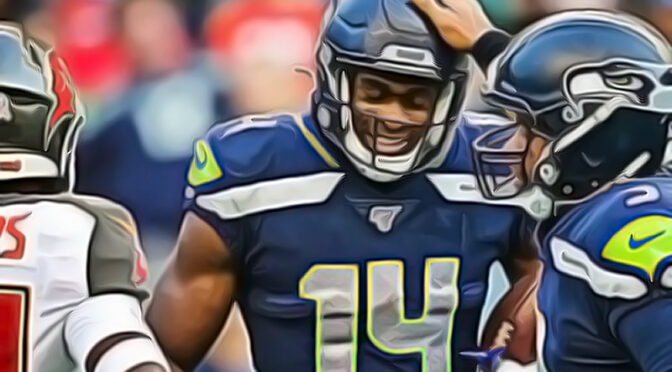 Yesterday I wrote about jumping on a powerful long-term trend to consider when betting on the San Francisco 49ers, and today I’d like to look at a season-win total Over bet that I think offers some – albeit thin – value: the Seattle Seahawks over 9 wins.

Coming into this off-season Seattle was in desperate need of defensive-line help after finishing with the 9th fewest sacks in the NFL. Instead, they went out and used their first round on a linebacker, which did not make neither fans nor pundits very pleased. They did, however, address their most pressing need with the next pick, trading up to draft defensive-end Darrell Taylor who they reportedly liked so much they considered taking him in the first round, 21 picks earlier than they eventually got him. Whether Taylor can make an impact immediately upon arrival is yet to be seen, but with this COVID-disrupted season likely to make things even more difficult on 2020 rookies, Seattle would be wise to find some more edge-depth elsewhere.

Speaking of which, if there’s one obvious place to find that help it’s without a doubt the resigning of Jadeveon Clowney – who remains without a team after first demanding more than $20 million a season before allegedly reducing his ask to somewhere in the neighborhood of $17 million – neither of which has garnered much enthusiasm around the league. However, as the regular-season approaches and options begin to wane, I do believe Clowney will eventually agree to a contract, with the Seahawks most likely to sign him due to their needs, system, and familiarity with Clowney. Besides, who better than Jadeveon to help bring along the two young linemen Seattle claimed through the draft (with 5th round pick Alton Robinson being the 2nd)?

But regardless of whether they eventually land Clowney or not, Seattle did make a couple of key upgrades elsewhere, signing former Panther TE Greg Olson, WR Phillip Dorsett – who should flourish playing alongside Lockett and Metcalf (and potentially Antonio Brown?), and fleecing the Redskins by trading for last season’s 2nd highest-rated CB Quinton Dunbar for just a 5th round pick – though some still-developing legal issues could present problems for Dunbar down the road.

Schedule-wise, although the Seahawks have the 14th toughest strength-of-schedule based on last season’s win-percentages, things look much better from a projected win-total perspective, which has Seattle as playing the 12th easiest. So if the Seahawks can take care of business within their division, potentially grabbing one or even two games against the aforementioned 49ers team I expect to regress in 2020, they should have enough fire-power to make a run at another division title and, at the very least, push against the Over 9 win total.