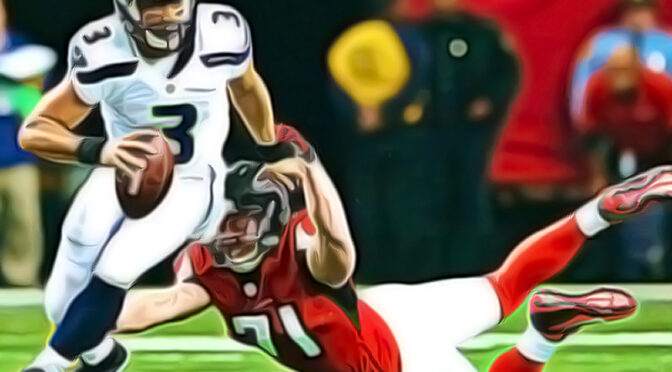 Yesterday I wrote about placing your money on an unnamed team, and today I’d like to take a look at why one of the most consistent teams in the league deserves your action in Week 1: the Seattle Seahawks over the Atlanta Falcons.

There’s a lot to like about the Seahawks this upcoming season, not the least of which is that another year under offensive-coordinator Brian Schottenheimer should continue to open up the offense for Russell Wilson, hopefully finally putting to rest the run-first strategy Pete Carroll inexplicably worships in spite of a now-mountainous amount of evidence supporting its lack of edge against a pass-heavy approach. Not to mention that the Seahawks aren’t – or shouldn’t be – paying a franchise QB $140 million to hand off the ball as many times as he throws it. Additionally, although he’s not the Greg Olsen of old, Seattle’s new TE has the potential to have an incredible year playing alongside one of the most intelligent quarterbacks in the league. On the other side of the ball, if the blockbuster trade that landed superstar safety Jamal Adams (who PFF ranked as the second best player at his position last season) pays the type of dividends the Seahawks are expecting, games against Seattle are going to be incredibly tough on both sides of the ball.

Speaking of giving your opponents’ a tough time, that was not something the Atlanta Falcons excelled at last season, ranking 26th in opponent yards per pass attempt, 21st in opponent passing yards per game, and 22nd in opponent points per game. Generally speaking, those are not the types of numbers that have had much success slowing down Russell Wilson. And while Atlanta has upgraded their on-field talent through the addition of DE Dante Fowler and draft picks CB A.J. Terrell and DT Marlon Davidson, this game seems like an extremely tough first-week matchup for a still in progress secondary.

Offensively, Matt Ryan was the 5th most pressured QB in 2019 and, from an analytics perspective, has shown consistent decline over the past couple of years – unsurprising for a 35-year-old QB with more miles than a 1998 Ford. So while the Falcons are likely expecting Ryan to carry them for yet another year, if Jamal Adams can be as effective against Julio Jones and Calvin Ridley as he’s been against nearly everyone else so far in his young career, Atlanta’s defensive woes and bottom 3 ranking in rushing yards per game could play a huge factor in helping Seattle begin their NFL season with a big W on the road.