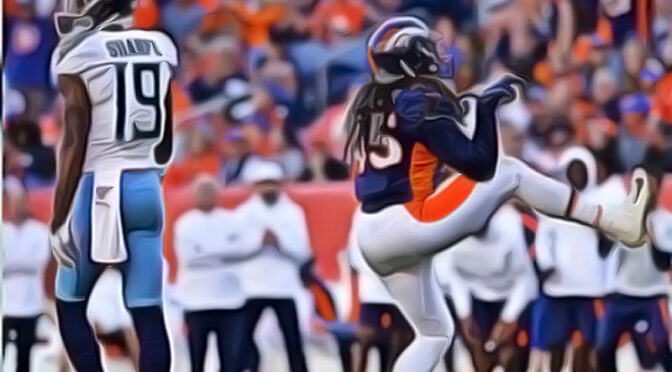 Yesterday I wrote about siding with ye ol’ faithful in Week 1 and today I’d like to look at backing a team very few have bet on over the past couple of seasons: the Denver Broncos.

But before we get to the Broncos, perhaps it’s best to begin by examining why I believe Denver’s first opponents – the Tennessee Titans – are likely overrated based on last season’s magical run to close out the year. First off, in 2019 the Titans were, by far, the most efficient team in the red-zone, scoring a touchdown on an almost unimaginable 77% of their red-zone visits. In fact the Titans weren’t only the most efficient red-zone team last year, but the number one team over the past two decades! And while you can choose to believe that has to do with and Ryan Tannehill and Derek Henry being football gods, as a former poker professional my instinct tells me it was much more likely to be an outlier that may very well not be repeated for another couple of decades. And for a team that went just 9-7 during such a historic run, a significant drop-off in the efficiency department will likely have some disastrous implications. Speaking of a drop-off, I expect AJ Brown to regress some as well after putting up one of the better WR rookie campaigns in recent memory now that defenses have had a chance to collect a season’s worth of tape on the young fella.

So with that in mind, let’s now take a look at why the Broncos (who I should point out I had pegged as an ‘under’ team earlier this off-season but have since moved closer to the middle in regards to their season win total), might at the very least be able to pull off the ‘upset’ (in the public’s perception, not the books’) and secure a Week 1 W.

The deeper I’ve looked into the Broncos the past couple of weeks, the more convinced I’ve become that another year under the tutelage of offensive coordinator Pat Shurmur should make a huge difference for no-longer-rookie-QB Drew Lock – who showed some flashes of talent to end the season but will need to make significant strides in both his throwing accuracy (particularly on deep throws where he struggled immensely) as well as in reading defenses. The good news for Broncos bettors is that the addition of pass-catching RB Melvin Gordon and Denver’s “all-in for WR depth” at the NFL draft should provide Lock with a ton more options in the pass game than he had last season. Additionally, the pickup of former Lion offensive-lineman Graham Glasgow should help tremendously in buying Lock some extra time in the pocket, which the young QB can hopefully parlay into a higher deep-throw-accuracy percentage.

Finally, the setting in this one matters, perhaps more than almost anywhere else. That’s because the Titans will have to play week one on the road in Denver, a situation that has netted playoff teams just a 11-17 record over the past 8 years. So while backing a non-playoff team against the Super Bowl runner-ups feels like a fairly scary bet to make, when considering both the environment and the fact that the sharps have a Denver team that went 7-9 last year marked as 1-point favorites, fading public perception and riding the Broncos in Week 1 seems like as good a place as any to take our first punt of the season.