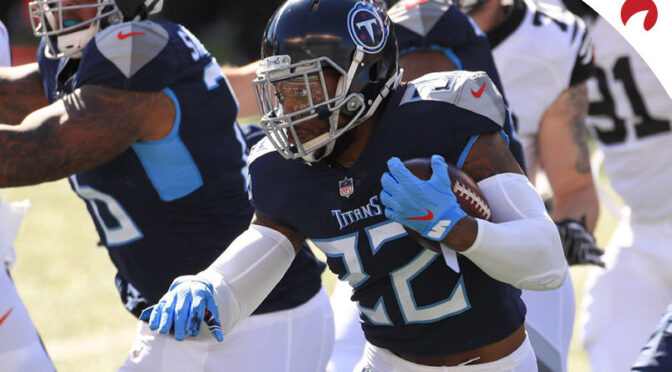 In the second round of a huge battle between two 7-3 teams that could very well eventually end up deciding who wins the division, the Indianapolis Colts will be hosting the Tennessee Titans just two weeks after taking them down 34-17 in a game that was never all that close. However, while many will look back at that game and see the current Colts -4 betting line as a gift, I see value in going a little contrarian and selling-high on a matchup that is likely a lot closer than the last game indicated by backing the Titans.

That’s because although the Colts’ continue to hold a better defensive unit, the gap between the two has been closing in recent weeks, with the Titans’ opponent-yards-per-play ranking moving up from 18th to 12th over the last 3 games while Indianapolis has gone from a top 3 unit over the first half of the season to down to 10th over that same stretch. Additionally, even with the Colts’ defensive rankings being what they’ve been this season, they still trail Tennessee in the key metric of turnover margin – where the Titans sit in 2nd place in the league behind only the undefeated Steelers.

Offensively, the numbers favor the Titans even more, with Tannehill giving Tennessee the edge over the Colts in yards per play, first downs per game, third down conversion (where Indianapolis ranks worse than all but 3 teams), and red-zone scoring percentage. In my opinion the real keys in this game will be seen both in the Titans’ offensive line (can they give Tannehill enough time in the pocket while helping Derrick Henry improve on his somewhat lackluster yards per carry?) and coaching preparation (can Vrabel adjust away from an offensive scheme that sees the Titans run on first down more than 22 other teams if needed?).

If they can do that and limit Philip Rivers’ time on the field by continuing to take advantage of the turnover battle, I believe this game will stay much closer than the last one, giving us decent edge on a betting line that we can force to cross the key number of +7 all the way up to the secondary number of +10 via a two-team six-point teaser.