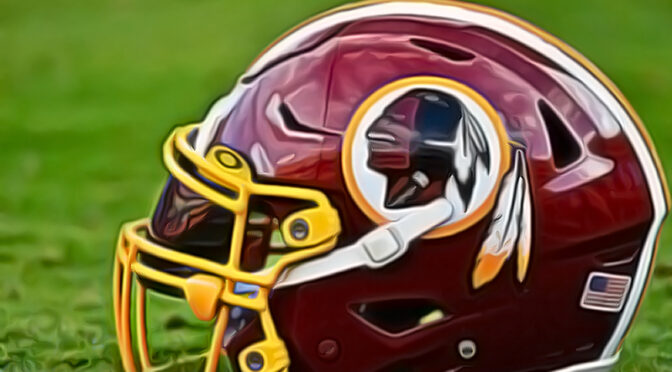 Yesterday I wrote about riding Russell & Co en route to the Over, and today I’d like to swing back in the opposite direction and look at what I see as one of the thinnest Under bets of the 2020 NFL win-totals season: the Washington Redskins Under 5 wins (+105 odds).

First, the good news; the man leading the charge in Washington is now Ron Rivera, a fantastic head coach who will no doubt command the respect of a young locker-room. As long as owner Dan Snyder allows Riverboat Ron to run his system, this change alone should add immense long-term equity to the franchise. As far as on-field talent, Washington (who are thankfully likely in their final days as the Redskins), signed a pair of cornerbacks in Kendall Fuller and Ronald Darby that should make an impact for a team that was torched in the secondary last season and just traded away their best player in Quinton Dunbar. Washington also brought back Adrian Peterson while adding depth with JD McKissick and Peyton Barber. Finally and to their credit, Washington made perhaps the biggest no-brainer pick of the draft with Chase Young, a Defensive End that should be a great fit for Rivera’s system and upgrade a Washington defensive-line that was already trending upwards while putting up the 8th best sack percentage in the NFL.

With that said, there’s a lot not to like about this Washington team as well. First off, the linebacker and tight-end positions remain huge question marks going into 2020 – with Washington failing to address them aggressively during this off-season. Wide-receivers too will continue to be an issue, with the Washington WR corp that accomplished very little in 2019 other than showcasing one of the best young talents the NFL in Terry McLaurin. And while the Redskins did address a few of those issues somewhat in the draft and free agency, it’s tough to look at their 2020 off-season and anticipate they did enough in that regard to make a significant on their bottom line (aka wins).

Speaking of wins, although Over bettors will no doubt point to a schedule that ranks as the 5th easiest based on last season’s opponent winning percentage, when basing it on each team’s 2020 projected season-win-total (considered to be the more predictive of the two methods), Washington actually ranks as having the 8th toughest strength of schedule. When drilling deeper into the schedule, even if Washington manages to win every single “easy” game – vs the Bengals, Lions, Panthers, and Cardinals (the last 2 of which I expect to exceed expectations this season) – while also splitting their series with the Giants, the team would still only be at a “push” when it comes to season win totals.

So while a combination of Ron Rivera and a tough defensive line won’t have me rushing to oppose Washington’s win total, betting the Over seems more about a philosophical edge than an obvious one. And if that’s the case, I’d prefer either to avoid the bet entirely, or – in true poker fashion – leave it up to the coin-flip gods (results of mine: tail = under).