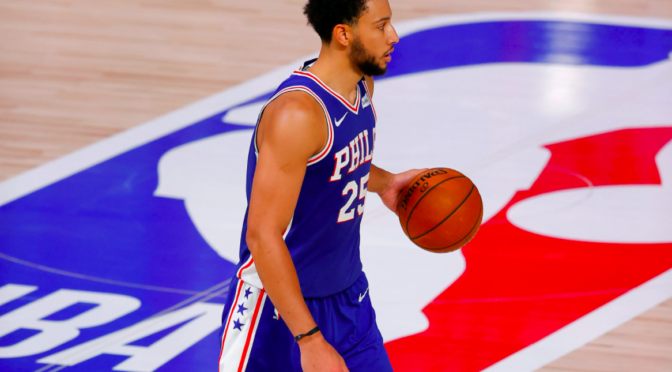 With the NBA season officially underway, it’s time to take a look at some qualifying-games action.

Today we have one of the East’s top teams in the Philadelphia 76ers taking on the lowly Washington Wizards as -10.5 point favourites. And while basketball is a fun game in which to chase the underdogs, this game features one of the most polarizing matchups of the first week inside the COVID-19 bubble.

Having lost a game to the Pacers before beating the Spurs, the 76ers will now have a much easier task at hand facing off against a Wizards team missing it’s three best players that has already lost to the Suns by 13, the massively short-handed Nets by 8, and the Sabonis-less Pacers by 11. I think it’s safe to say that the Sixers present a significantly tougher matchup for the young Washington squad than either Phoenix or Brooklyn and a somewhat comparable task to their game against the Pacers (though much less so with Domantas and Oladipo on the sidelines). That’s not good news for Washington, with the combination of Thomas Bryant and Isaac Bonga likely to be in for a very long day trying to contain the freight-train that is Joel Embiid – who has quietly averaged 34/15 over his first two games in Orlando.

Unfortunately, the guard positions are no better equipped for a battle for the Wizard in this one, with Ish Smith and Shabazz Napier being forced into heavy minutes neither one deserves. Perhaps the Washington coaching staff have something special cooked up for slowing down Ben Simmons, but absent some wizardry on their behalf, Simmons should be able to put up some solid numbers in this one while making life extremely difficult for his counterparts on the defensive end (as a team this season the 76ers rank as the league’s best defense against PGs and 8th best against SGs). Let’s also not forget that the last time these two teams met in December – with the Wizards at much fuller strength than they are today – Philadelphia still managed to coast to an easy 17-point win.

All in all, on paper this should be cakewalk for the Sixers (who admittedly have had their issues with “gimme” games in the past), but unless Brett Brown elects to give his starters a load-management day against the worst team left in the bubble, it’s hard not to jump on Philadelphia -10.5 line while adding another unit at a reduced line if the Wizards somehow manage to keep things close.