Former high-stakes poker pro Brad Booth went missing on July 13 in Reno, Nevada. Despite efforts to locate him, his whereabouts are still unknown, and his poker friends and acquaintances are becoming increasingly concerned.

What we know so far is that Booth, who went from riches to rags years ago, told his roommate on July 13 that he was going camping for a couple of days. But he is reported to have only taken with him minimal items, likely not enough to sustain himself for long. That was the first troubling sign.

Booth, 43, was last spotted on Juy 13 in Reno at the Grand Sierra Resort and Casino, driving his 2002 Silver Toyota Tacoma truck with license plates 601PMR, according to the missing person’s report filed on July 30. That’s all the details known about his whereabouts. Since July 13, no one has been able to either locate his body or generate a lead about where he might be. And the poker community has become increasingly concerned despite Booth’s lengthy history of being indebted to numerous people in the industry.

Not only is Booth missing, but his truck is as well. Those who have information about his whereabouts are encouraged to contact Reno Police Department detective Tazy Ciofalo at 775-334-2175. Booth has a different hairstyle these days and has aged since the poker boom era when he appeared multiple times on High Stakes Poker and played at Bellagio regularly. Here’s a more recent photo of the long-time poker pro: 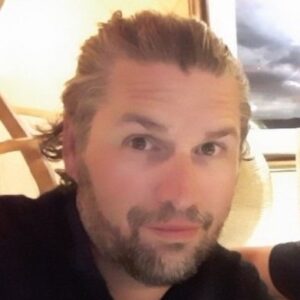 Booth is 6’2″ and weighs around 185 pounds, with salt and pepper hair, a beard and hazel eyes. His truck has a black steel cage bar around the front.

Who he’s with, where he’s at, and if he’s even still alive are all unknown. But his friends and poker acquaintances such as Adam Schwartz, co-host of the DAT Poker Podcast, are concerned and still attempting to locate him, dead or alive.

The fact that he left to supposedly go camping without bringing many items with him is certainly troubling. As is the fact that it’s been over a month now since he was last spotted. And on top of that, Booth has suffered through some traumatizing times. He was a big winner at the poker table a dozen years ago and lost it all. In the process, he racked up numerous large debts to poker players that he was unable to pay back or took quite some time to pay back.

But we aren’t going to speculate on what may have happened. For all we know, he could have decided to go off the grid for a while and will one day pop up. At this point, that appears to be the best case scenario, although it may not be all that likely.

Poker writer Jennifer Newell has is encouraging her followers to search for Booth, and to report any information they may have about his whereabouts.

Now, let's do something important today on #PokerTwitter and find Brad Booth. Contact me or Tazy Ciofalo at Reno PD (775-321-8372) with helpful information. https://t.co/LzcCWqqHXM

Poker tournament reporter BJ Nemeth is also concerned about the missing poker pro. He, like Newell, wrote, “Poker players & fans probably know Brad Booth, but may not know that he’s been missing for more than a month and his friends and family are distraught. Last seen leaving Reno, NV in his silver 2002 Toyota Tacoma to go camping. If you have any info, please call the Reno PD.”

“Brad Booth went missing near Reno, family is worried. If someone out there knows something please tell the story,” poker pro Bryan Micon wrote.