Since June 2019, Cindicator (CND) has been working inside a well-defined range where the vast majority of trading volume since 2017 has taken place, as shown by the coloured VPVR bars on the right-hand side of the chart below. 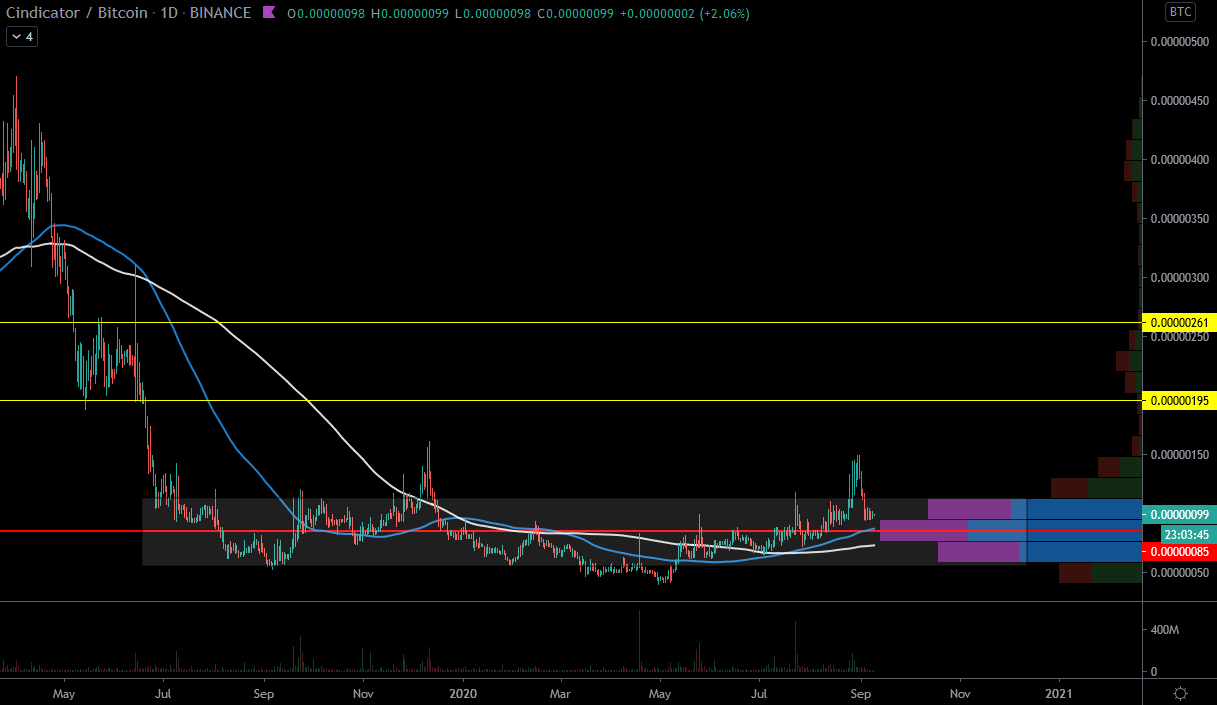 Over the past week price has dipped back into the accumulation range, now sitting directly above the POC (red line) – which is defined as the price level for the selected time period with the highest traded volume.

Not only is price set to execute a topside retest of the POC in the coming days, but it will likely do so while simultaneously retesting a daily 100/200 Simple Moving Average (SMA) cross, generally considered to be an extremely bullish signal. Additionally, with 61% of token-holders having been holding for more than a year, as well as 60% of exchange volume over the past 7 days being outgoing, it appears that long-term CND whales have been continuing to add to their positions. If price can indeed find support above the POC and SMA, price would likely make a significant move to the upside with the first target area being in the 175-195 sats range representing a 75-95% increase from where it sits now.

With only 33% of long-term holders sitting in profit at current prices, a failure to hold either the POC or SMA – be it on its own or due to Bitcoin price action – may lead to a strong capitulation move and push Cindicator prices to at least the bottom of the accumulation zone in the 50-65 sats range.

WPT Global takes the seven-deuce game to a new level