Home Poker News Interview: From poker-pro to Dr. Pepper Girl — Natasha Marc talks Hollywood, Vegas, and beating the boys at their own game

Interview: From poker-pro to Dr. Pepper Girl — Natasha Marc talks Hollywood, Vegas, and beating the boys at their own game

Jon Pill: So, before we get into the poker, you have kind of an amazing backstory. Could you lay out a little of how it was that you came to L.A.?

Natasha Marc: Yes, I do! I came to this land of Hollywood from a really popular historic natural disaster called Hurricane Katrina. I was born and raised in New Orleans.

Unfortunately, I was one of many who did not evacuate. I found the survivor in me, which brought me out to California on my first plane-ride experience ever.

And had you played poker before you got to California? How did you first get into the game?

I hadn’t played before actually.

I was introduced to poker in California. During one of my personal assistant jobs, my boss and his friends got together for a weekly game of friendly poker. It intrigued me to learn to play.

Many people told me, all my life, that I had a poker face. I never knew what that meant. But when I found out, I was in a game.

And what made you shift to playing poker professionally? And then from poker to acting?

The shift to poker came from needing money and not wanting to work a nine-to-five. I was good at it, and it allowed me to pursue my career in acting without the stress of wondering how I would pay my bills.

The acting was always my main focus. I ended up pulling back from poker when it became demanding of my time. 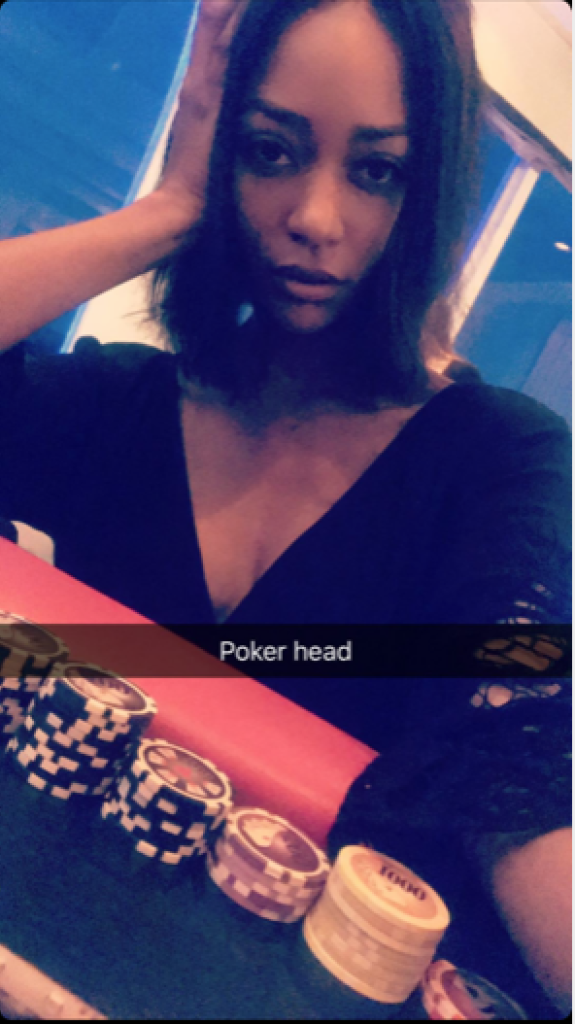 Photo by, and used with permission of, Natasha Marc.

You’ve just come off a juicy role as Pie in The Good Lord Bird. Do you still play poker at all? Do you even have the time?

I did. What an amazing character she was to play!

I play poker occasionally now. Mostly when I visit home in New Orleans. My mother loves to play the slots, so it’s our girl time together.

Where did you play and what kind of games were you in?

I think being heads up in this tournament with a popular retired N.B.A. player and winning. I can’t disclose his name. He is still in his feelings about it.

Poker can be a bit of a boys club. Did you find that gender played a part in how people treated and played against you at the table?

Absolutely. In the beginning, it made me go in wanting to prove a point. At one point I played the game of just being a pretty face with cleavage.

Now I just do me. Get in my zone and avoid giving in to the assumptions. I’ve earned a lot of respect that way. 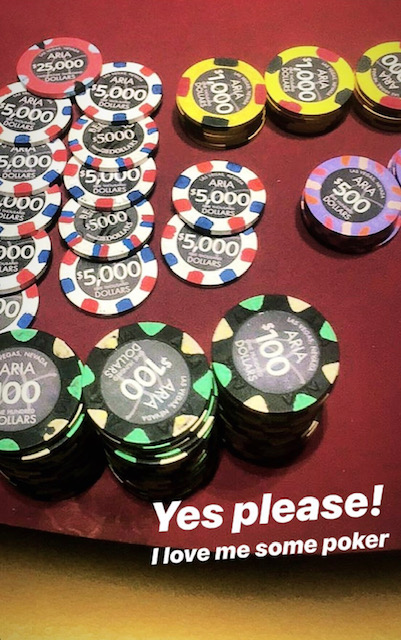 Photo by, and used with permission, of Natasha Marc.

Did you find being an actor helped at the table?

Actually yes. I mean, at the end of the day, having a poker face is just being a phenomenal actor.

You’re quite open about your faith online. When I started playing poker, I was living in a very religious household and, in that environment, gambling can feel rather disreputable. Did you find any conflict between church and card room?

Not really. I didn’t grow up in a religious household. I recently grew my faith after losing one of my best friends in a tragic car accident.

Everyone sins in so many different ways. I refuse to be the judge for the way I sin. I believe it’s the motive behind what your vice is that matters. I play for fun. Even though I am using money, I really enjoy it. It’s a stress reliever. And I’m not hurting anyone.

What’s next for you? If we liked you in The Good Lord Bird, what should we be looking forward to seeing next?

So much more to come. I currently have a film being released in theaters on Thanksgiving day. It’s called Dutch.

I also have another film being released in 2021 called California Love.

I got some other things brewing as well. And I am still the Dr. Pepper Girl. So you can catch me every football season during your commercial breaks.