Home Strategy What does check mean in poker?

What does check mean in poker?

What does check mean in poker? Is it the bill you pay at the end of the session? No, it isn’t, and it also doesn’t mean you physically look over the cards you’ve been dealt. Knowing what check means, when you can do it, when you can’t, and how to use it to up your poker-playing skill level and boost your cashes, is essential for success in the game.

What does check mean?

Check, in poker terminology, simply means to refrain from betting when it’s your turn to act. But you can’t always check. If another player bet out before action came around to you, you must either call, fold, or raise. “Pass” is a synonym for “check.”

When you can and can’t check

If you’re first to act, or the other players checked it over to you, you can also choose to check. Simply tap the table with your fingers, or announce “check.” By doing either, the action is binding and you are held to that play. So, if you announce “check” and then say, “bet $100,” the bet won’t be accepted.

You also can’t check pre-flop unless you’re in the big blind and no player raised before it was your turn to act. Before the flop, in Texas hold’em and Omaha hold’em, you must either call the value of the big blind, raise, or fold.

When you should check your hand

There are various reasons to check. Understanding each of them can smooth your play, and free up your brain’s processing power to work on more important problems.

1. When you have a bad hand

The first reason to check in poker is if your hand is terrible or not strong enough to bet out. For example, if you have 5-6 and the flop comes 5-K-J, bottom pair isn’t very strong against multiple players. So, if you’re first to act on the flop, it would be a risky play to bet into other players. (For instance, if you’re the player who is in the small blind, or the nearest player to the left of the small blind when the small blind isn’t in the hand.) Instead, you should check in this spot more often and then fold if anyone bets.

2. When you want to trap a bluffer

Some players will also check a monster hand, hoping to set a trap for a bluffer. They’ll do what’s called a check-raise, which means you initially check the hand to another player, and then raise their bet, — if they do bet. This can be a risky play as well, especially on the flop or turn, because you can’t always count on your opponent to bet. If they don’t bet, and you were hoping to set the trap, they just might end up sucking out on the turn or river, perhaps catching a flush or straight, to beat your hand.

3. If you need more info

One other reason to check is if you’re in position, meaning you’re the last player to act on the flop or turn, and you’re hoping to see the next card for free. This is common when a player in position flops a gut-shot straight draw and doesn’t want to risk getting check-raised, so they’ll check back the flop and hope to hit that straight on the turn or river.

When you shouldn’t check

There are also certain instances in which checking in a poker game is a poor play that could cost you money. Getting comfortable with these situations can keep you from making a costly mistake.

1. When you have top pair

Here’s a prime example of when not to check in poker.. A mistake many players make is to check in position when you have top pair. Not only do you lose value by checking top pair, but you also risk getting sucked out on. Only in very rare cases should you check back top pair on the flop, even if your kicker isn’t strong.

2. If you’re in position with a killer hand

Another poor situation to check is when you’re in position on the river with a monster hand. Again, the goal of poker is to make money. It’s hard to do that if you’re refusing to go for the maximum value with your big hands (straight, flush, quads, full house, etc.). If you have pocket aces and the board texture is A-3-9-7-K, and the action checks to you on the river, don’t check it back. Bet as much as you think your opponents will call.

3. When you raised pre-flop

One final reason to avoid checking your hand is if you were the pre-flop raiser. This is true most of the time. In poker, especially no-limit Texas hold’em, aggression pays off. Just because you missed the flop doesn’t mean you should just check it down. Continuation bets — when you raise before the flop and then bet the flop — are strong plays in poker. If you’re in position on the flop and you raised pre-flop, you should almost always put out a feeler, whether you hit something or not. 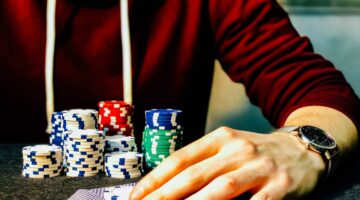 When you should skip targeting 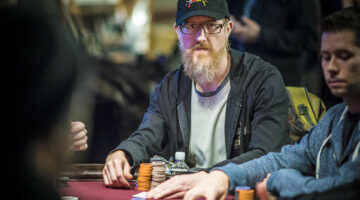 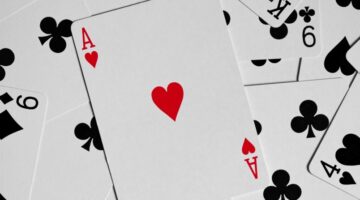 One session, one showdown