Event #20 of the 2021 WSOP is the $1,000 Flip & Go No-Limit Hold’em tournament. This event had two starting flights on October 10, starting at 10am PST and 4pm PST. The first hand of each flight was played pineapple-style, with each player being dealt three cards and then discarding one of their hole cards after the flop.

Famed pro Daniel Negreanu drew his share of buzz by participating in the entire first series of Flip & Gos . Early on, his luck was a flop. Negreanu lost his first eight attempts finally winning his way into the event on his ninth try.

The total number of entries for the event was 1,232, adding $1,103,600 to the pot after rake. All players surviving the initial flight were guaranteed a min-cash of $2,000 minimum. The winner would come away with $180,665. That winner was DJ Alexander, who dominated a final table that had a seat for bracelet winner Fred Goldberg, who made it in with a healthy stack, but was the first out in 8th.

Jake Schwartz and David Peters — who have 3.2 million and 36.8 million in tournament cashes respectively — had final-table seats as well. Shwartz and Peters took third and fourth , leaving Jason Beck and DJ Alexander to battle it out heads up.

All players at the table are automatically all-in. The winner advances to the next round and is already in the money. Players who move on resume the tournament at 7pm PST for 12 levels before playing down to a winner on October 11. 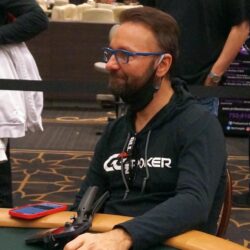 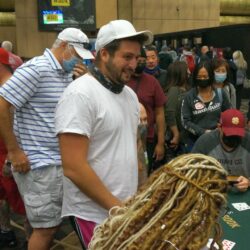 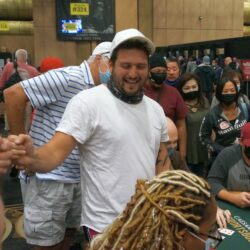 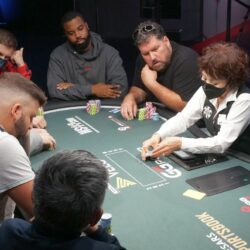 The thrill of victory and the agony of defeat, as captured by @r3medies.