10 greatest WSOP moments of all time

The WSOP has been running for fifty years, in that time there have been some iconic moments. Fortunes have been made (and partially lost), massive cashes have been awarded, young pros have had their time to shine, and records have been set.

With the World Series of Poker’s popularity and long timeline, of course some great moments have come along, from a tournament winner starting with a single chip, to the youngest bracelet winner ever, from some notable, quotable lines from poker greats like Phil Hellmuth and Stu Ungar.

With so much money at stake, and so many larger-than-life personalities in the mix, is it any wonder fans adore the WSOP? Here are our top ten WSOP moments from the last five decades.

Perhaps most famous for its pivotal role in 1998’s Rounders, Johnny Chan’s second Main Event win in 1988 is iconic in the poker world. A perfect slow play won Chan his second ME title.

Chan went as far as heads-up the next year, but lost to a new face on the poker scene. That new face appears in WSOP great moment #9, below.

Phil Hellmuth was just 24-years-old in 1989 when he found himself taking on Johnny Chan heads-up. He prevailed, and the rest is poker history.

The noughties saw several players break Hellmuth’s record, but by then he had added a few other achievements to his WSOP CV.

In 1973, Bill Boyd was considered one of the finest limit 5-card stud players alive. In 1971, he won the $1k entry event, beating 10 players. After that, the competition began to dry up for him.

The next year he found himself heads-up from the first hand in the $10k limit 5-card stud event. He won.

This was the last time the WSOP put on a limit 5-card stud event. A standout moment in WSOP history.

…at least as measured by the prize money.

When Jamie Gold won the final hand of the tourney, he made a nice round $12 million.

After pushing (rather than announcing) all-in and losing at the 1982 WSOP, Jack Strauss thought he was done. Until he realized he still had the chip he was using as a card protector.

He went on to win the tournament. In the process, he added the phrase “all you need is a chip and chair” to the dictionary of poker aphorisms. One of the undisputed high points of the WSOP.

Ungar is poker’s very own tortured-genius stereotype. He won the WSOP Main Event back-to-back in ’81 and ’82.

After a rough decade and a half in which gambling and drug addiction took their toll, he found himself at the FT of the 1997 WSOP ME, going on to win. That year he was “the Comeback Kid.”

While Phil Hellmuth has seen his age record beaten multiple times, Annette Obrestad is likely to hold hers for a while. The Norwegian poker player entered the 2008 WSOPE Main Event in London and won it the day before her 19th birthday.

Unlike the WSOPC (which awards rings) the WSOPE awards bracelets, allowing her to set the record as youngest bracelet winner ever.

Because of Vegas’s 21-year-old age limit and the small number of overseas bracelet events, Obrestad’s record is likely to stand for a while, making it an unforgettable moment in WSOP history.

More than his list of wins, Phil Hellmuth will be remembered for his epic blow-ups, great hands, and quotable lines.

This WSOP moment encapsulated all three.

Admittedly, the first WSOP in 1970 is a clear aberration in the history of the game. The freezeout format had yet to be adopted. Instead, players engaged in a long-running mixed cash game inspired by the heads-up match between Johnny Moss and Nick “The Greek” Dandalos in the 40s.

The winner was assigned after two rounds of voting. In the first, all ten players voted for themselves. After they were asked to vote for the second-best instead player, Johnny Moss emerged as the winner.

He also went on to win the first freezeout event in 1971.

2003 was the year that it all came together for the WSOP.

A combination of the explosion in online poker and the improvements in TV production on Late Night Poker and the WSOP and WPT broadcasts had the world ready for the poker boom.

Then, at the 2003 WSOP, an online amateur qualifier with the perfect name won the Main Event. As historic WSOP moments go, it doesn’t get more iconic than this. 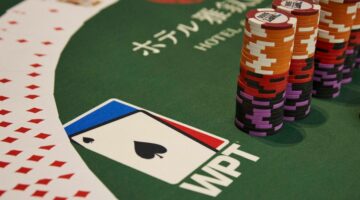 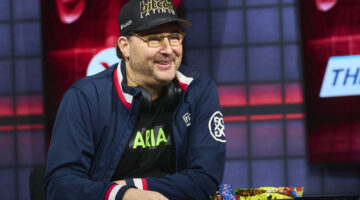 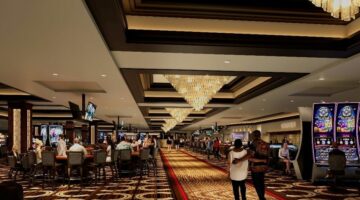